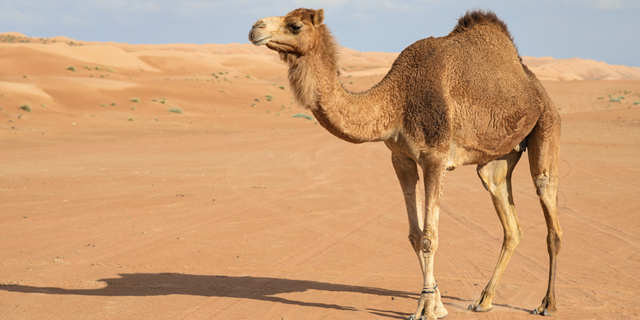 As soon as a camel comes within 100 meters of a road or rail track, GPS users will receive an automatic notification, for example via the Waze application

Ayman El-Sayed and Yoav Ludmer have found a technological solution for the deadly danger of camels roaming the roads of Israel's Negev desert region. There have been several accidents involving camels and cars over recent years, with several people losing their lives and dozens being injured.

Every camel currently carries an ID tag that identifies its owner in case the camel is lost or involved in an accident. El-Sayed and Ludmer, who teamed up at Startup Negev, a new tech accelerator catering to Israel’s Bedouin minority, created a system based on radio signals. Every camel will receive a solar-powered collar that will transmit its location. As soon as the camel comes within 100 meters of a road or rail track, GPS users will receive an automatic notification, for example via the Waze application, allowing the driver to slow down and be ready for the hazard. 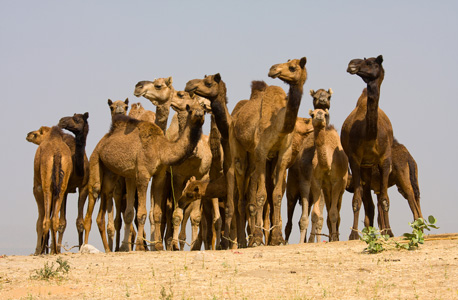 The project is about to enter the pilot stage during which an antenna will be set up at the entrance to Bedouin city Rahat capable of detecting transmissions from nine kilometers away.

"The goal of this initiative is to monitor wandering farm animals and prevent car accidents," said El-Sayed. "We are here to protect the lives of the camels and of the drivers and raise the awareness of the different dangers that exist on the road."

Ludmer is the CEO and founder of communications company SMBIT.

Startup Negev launched its first cohort of 25 entrepreneurs in February of this year. As part of the program, each participating project received a grant of between NIS 30,000 and NIS 50,000 (approximately $8,700-$14,500).

Bedouins are members of formerly nomadic Muslim Arab tribes originating in North Africa and the Middle East. In Israel, most Bedouins live in townships and unrecognized villages in the country’s Negev desert region, many of which lack modern infrastructure and basic services such as electricity and running water. Bedouin people find it hard to get hired by local tech companies due to language and cultural barriers, a lack of the necessary network to land high-paying jobs, and the fact that many of them live outside of the country’s metropolitan centers, where most tech companies are located.