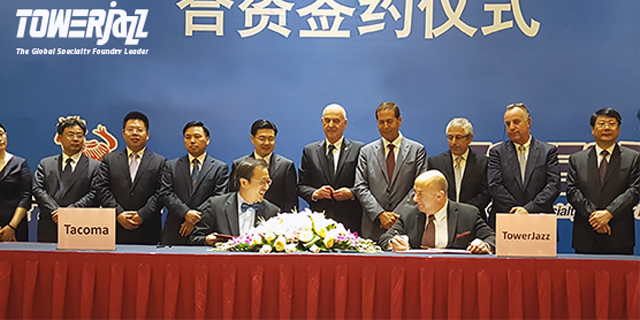 In a joint venture with the Nanjing Development Zone, Tacoma Technology created in 2015 a subsidiary company to build a chip manufacturing and design industry park with a $3 billion budget.

In June 2016 construction of the park began with plans to build two manufacturing plants, one for 8-Inch wafers and one for 12-inch wafers, according to an announcement by the Jiangsu province. The Chinese government announced in 2013 its intention to invest more than $25.6 billion in a wide range of chip-related ventures, in an effort to lessen its dependence on foreign manufacturers. It provides assistance and grants to Chinese-owned manufacturers while hindering the local activity of foreign ones. Major China-based chip companies include Tsinghua Unigroup, Semiconductor Manufacturing International Corp., and Hisilicon, a fully-owned subsidiary of Huawei. The agreement with Tower, also known as TowerJazz, was made binding after the first payment of $18 million was paid to the Israeli chipmaker, according to the announcement made Monday. A Nasdaq-listed manufacturer of wireless communication chips and camera sensors, Tower owns seven chip manufacturing facilities in Israel, Japan, and the U.S. Its clients include Intel and Texas Instruments Tower was contracted as a technical consultant in the Nanjing project and is entitled to utilize the new plants to ramp up its chip production, potentially increasing its output capacity by 10%.