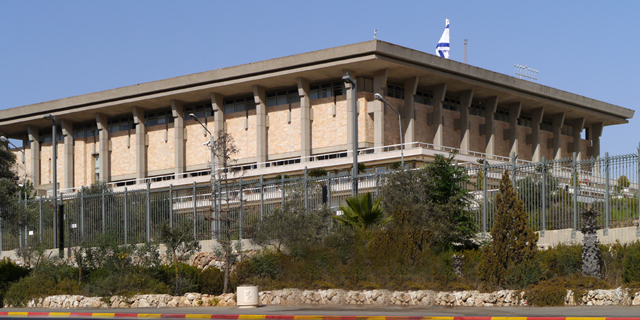 The Ministry of Finance cancelled a delegation to the U.S. intended to convince tech multinationals to register their intellectual property in Israel

The Israeli Ministry of Finance announced Sunday the cancellation of a senior delegation to the U.S., intended to convince international tech companies with research and development outposts in Israel to register their intellectual property in the country following a change to local tax regulations.

The official reasons given for the cancellation were the ministry's need to focus on creating the budget for the fiscal year 2019, and an intention to wait and see how President Donald Trump's tax reform is progressing.

According to a letter sent in October and obtained by Calcalist, the delegation was supposed to hold meetings in San Francisco during December 4-6 and in New York on December 7. Aharon Aharon, CEO of Israel's government innovation investment arm and the former general manager of Apple’s activities in Israel, was to join the delegation. An invitation was sent to 50 industry leaders, including Alphabet Inc. (Google), Apple, Intel, Ebay, Facebook and IBM, but none of the companies confirmed arrival.

Having passed laws to this effect last year, Israel now offers extensive tax benefits to multinational tech companies with an operational revenues of over $2.8 billion, such as a corporate tax rate of 6% compared to the 24% tax levied on other companies, and a dividends tax of 4% compared to 20%. For companies transferring over $142 million worth of intellectual property, these tax benefits are guaranteed for 10 years. The Israeli tax reform is a result of international corporate taxation rules finalized by the OECD and G20 in 2015. In the past, intellectual property was usually registered in the country where the business' central operations were located. Today's digital economy, combined with the multinational character of many companies, tempts many global companies to register in no or low-tax locations where they have little or no economic activity.

The OECD estimates the annual losses this creates at 4-10% of global corporate income tax (CIT) revenues, meaning annual losses of $100 to $240 billion. The OECD/G20 new regulations, referred to as the BEPS (base erosion and profit shifting) Project, are intended to combat the problem of tax havens and ensure that profits are taxed where the economic activities are actually being carried out. While the new regulations might make Israel more attractive to multinationals, the country faces competition from other tech hubs like Ireland, Luxemburg and the Netherlands, which also offer lower taxes. Postponing the recruitment round to after the budget’s approval might leave Israel behind in the running.