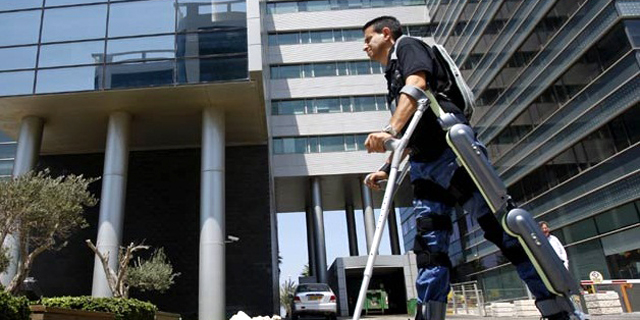 Nasdaq-listed ReWalk Robotics Ltd. announced a public offering Friday, pricing around 6.9 million ordinary shares at $1.05 per share, for gross proceedings of almost $7.2 million. The company's stock was traded at $1.15 at market close Friday.

Financial services firm National Securities Corporation, a wholly-owned subsidiary of securities brokerage company National Holdings Corporation, is the sole underwriter for the deal. The offering is expected to close on November 21.

Established in 2001 with offices in Israel, the U.S. and Germany, ReWalk develops, manufactures and markets external robotic skeletons for people with spinal cord injuries. The battery-powered wearable devices fasten over the hips and legs, enabling users to stand and walk independently and in some models even climb stairs.

The device was invented by company founder Amit Goffer, an electrical engineer who became a quadriplegic following a car accident. He previously founded MRI systems manufacturer Odin Medical Technologies Ltd., sold to Medtronic PLC in 2006. ReWalk offers two systems, one for home use and one for clinical rehabilitation. The company is also currently performing pre-clinical testing for an exoskeleton system for stroke patients, aiming to begin clinical trials in Europe in early 2018 and in the U.S. in late 2018. The money raised in the offering will be used for supporting the trials and also for sales, marketing and reimbursement expenses.