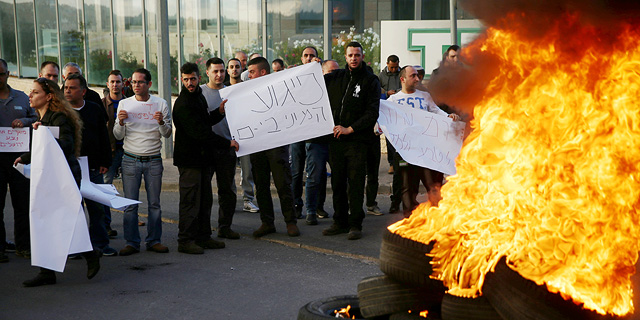 How the Teva drama unfolded. Kochs to invest up 150 million in InSightec. Bitcoin to be discussed in the Israeli parliament for the first time ever

How the Teva drama unfolded. Teva Pharmaceutical Industries announced it would lay off 14,000 employees in the next two years as it pivots back to focus on generics and closes or sells off many of its assets. In anticipation of the announcement, Israel’s largest labor union called for a general strike. Employees organized demonstrations outside of Teva facilities. We also looked at how things have gone differently had Teva succeeded in hiring a different chief executive.

Israel launches free coding program for women. The ministry partnered with software developers organization She Codes for a three-year program. The Labor Ministry and She Codes will each invest approximately $3 million (NIS 10 million) to establish 40 teaching centers and train 4,440 women for work in the tech sector. Read more

Bitcoin in the Israeli parliament. Israeli lawmakers will for the first time hold a policy discussion about the issue of virtual currencies next week. Cryptocurrency experts and Israeli government regulators will appear in parliament to speak on potential economic impact of bitcoin and similar currencies. Read more