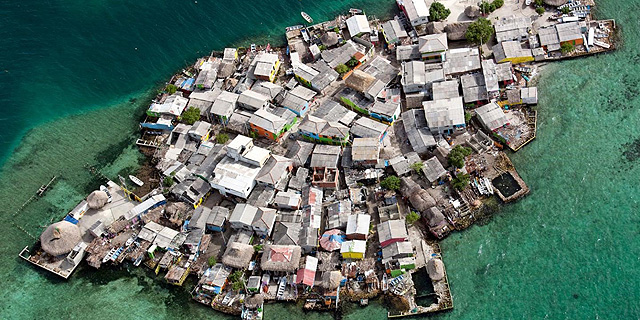 In sub-Sahara, the perception is that Israeli technology is strong, but Israelis have no idea how to adapt to the realities of doing business in Africa

For those paying attention, the last six months have seen a flurry of activity in Israel-Africa relations, unseen since the late 1960s. Israeli Prime Minister Benjamin Netanyahu has been all over the Sub-Saharan map, most recently in Kenya, renewing long-dormant ties.

The motivation behind this renewed interest in Africa is up for debate. While the possibility of future mutually intertwined cooperation is feasible, many rightfully question Netanyahu’s motives. There is a notion that current efforts at renewing ties are based on bartering Pro-Israel votes in the UN for arms sales —something that potentially contradicts the long-term interests of the citizens of these African countries.

While the travels of the Israeli leader have garnered a fair share of media coverage, Africa-Israel relations are paltry when examined from a bird’s eye view. For example, in 2016 Israel exported nearly $1.2B of goods and services to Vietnam. In the same year, Israel exported just over $885M of goods and services to the entire continent of Africa. This means that on a per capita basis, Israel exported about 13 dollars for every person in Vietnam, as compared to about 70 cents for every person in Africa. For imports, Israel currently imports more from the tiny country of Denmark, with a population of under 6 million, than it does from all of Africa, with a population of 1.2 billion.

But economic realities aside, the potential for the future is palpable. A renewed energy has grasped the subset of the Israeli startup ecosystem — investors and founders —that are interested in Africa. In the last week of November, Tech For Good, an Israeli incubator dedicated to “addressing the world’s greatest social challenges through innovative technological solutions” held a global conference on scaling social technology. Numerous presentations and speakers focused on the continent, either directly or indirectly.

More recently, Herzog, Fox & Neeman, one of the top law firms in Israel, held the second session of their conference series called “Africa: Continent of Tomorrow”. The series offers a more pointed approach to Israel-Africa relations, bringing together investing entities, founders, and key power-players from Africa, specifically with the goal of exploring opportunities between the continent and the Israeli startup ecosystem.

What emerged from the conference is a general sense of optimism and good will, but also a clear sense of the challenges that lie underneath the media hype and goodwill. The Israeli government claims it needs more clarification as to what African countries need. Countries in Africa counter that they have been explicitly clear about their needs: money. Israel states that it is a small country and must allocate resources to solve domestic issues. African countries rebut: Israel is an economic powerhouse with endless reserves when compared to any African nation.

So the can is kicked further down the road to the private sector. Here African countries state there are endless projects to be implemented, with money waiting to be made for any interested Israeli investors. While some Israeli corporations, like real estate and infrastructure developer Shikun Binui, have extensive operations in Africa, the average Israeli VC avoids African investments because they are deemed to be too risky, too small, too burdensome, and generally bad investment decisions.

This sentiment is shared by African venture capital firms, like Kaizen Ventures in Lagos. For them, Israeli venture capital firms put all African investments under the general category of “impact investments”, and expect foreign impact investors to pick up the tab. In addition, African investors are not able to convince Israeli venture funds to co-invest, as the Israeli’s can’t rationalize a viable exit strategy from anything in Africa.

Harnessing the opportunities in Africa falls on Israeli entrepreneurs. Entrepreneurial interest in Africa is booming, with many new startups trying to tackle the continent’s unique challenges. But here, too, entrepreneurs face specific difficulties. Many new startups, like Farmster, struggle to raise money for their ideas. While Israeli VCs are supportive of the concept, they are loath to actually commit capital, even when the ticket price is frequently below $250K. Instead, these startups bounce around from one impact accelerator to another, where founders spend their time on surviving instead of on building product and technology.

Those who manage to raise money constantly struggle with realities on-the-ground. Different countries in Africa operate in vastly different ways, and with vastly different demographic and regulatory considerations. Instability remains a major risk factor as well, and what may work in a corner of Tanzania could fail in Kenya due to unforeseen circumstances. Lumos Global, for example, has been successfully deploying their mobile, off-grid solar power units throughout Western Africa, primarily in Nigeria. While the company has been incredibly successful on the ground, their financials suddenly, and unexpectedly, took a hit when the inflation rate in Nigeria spiked from 8% to 18% over the first half of 2016.

On the receiving end of Israeli innovation, primarily in sub-Sahara, the perception is that Israeli technology is strong, and development is rapid as compared to working with local talent, but Israelis have no idea how to adapt to the realities of doing business in Africa. Israelis tend to impose their catch-all Western perspectives, as channeled through innovation, on to a continent that is distinctly different in character.

Notably, though, there have been some successes, almost all in the fintech space. DirectPay and Fido Credit, both with products catering to online payments over mobile, have grown substantially over recent years. Fintech is more successful in Africa because it largely passes over the numerous on-the-ground challenges. In addition, fintech software can be developed and deployed virtually, with little need for African operators to help navigate the waters locally.

One possible solution to this problem is to change the direction, and rely on African entrepreneurs to spearhead innovation. Founders from the continent are uniquely positioned to harness their real-world experience in ways that Israeli entrepreneurs can’t. Their knowledge base, coupled with the strength and efficiency of Israeli development, could potentially overcome some of the difficulties of successfully launching Africa-centric startups.

This approach is slowly taking form in Israel. Recently, Mass Challenge Israel, a local branch of a global accelerator program in which I volunteer as a mentor, hosted two companies from Africa. The founding teams of E-Farm, from Cameroon, and SpellAfrica, from Nigeria, spent four months in Jerusalem absorbing all they could from the resources provided by the program.

This model, of pairing African innovators with Israeli developers, has potential, but much more can be accomplished. There are already dedicated programs to Fashion-tech and Kids-tech in Israel, so why not a dedicated Africa-Israel innovation hub as well?

While the potential is palpable for innovative cooperation between Israel and Africa, there is a major consideration that is too frequently overlooked in the Israeli startup ecosystem. Israeli technological innovation, like most innovation coming from Silicon Valley, is all about reducing the need for human capital. The rise of AI-Everything will have far reaching implications on the labor market in the Western World. Companies like Zebra Medical, for example, could eventually replace radiologists. BondIt could eventually replace the investment advisor at your local bank.

Africa, though, can’t afford to replace human capital with deep neural networks. The continent as a whole will experience decades of rapid population growth, at rates far higher than in the Western World, and with a significantly younger population. The Brenthurst Foundation estimates that the median age of the world’s population is around 35, as compared to 19 in sub-Saharan Africa. Recent studies by The World Bank, and other organizations, are sounding the warning bells about the potentially dire effects of rampant urbanization in Africa —effectively tens of millions of unemployed young people —if drastic structural changes are not be put in motion today.

Technological innovation is already starting to create societal strain across the Western World. There is an undeniable and strong correlation between technology and inequality, both in the US and in Israel, which increases the concentration of wealth and social stratification. While it has yet to be seen how the current wave of innovation will affect labor markets in the US and Europe, there is no doubt that the strain will be worse on African countries.

African countries cannot afford to integrate innovation that could potentially reduce the need for human capital, and African leaders are keenly aware of this fact. Therefore, Israeli entrepreneurs who are interested in finding solutions to problems in Africa should consider this fact and build inventive solutions that can increase the number of jobs, as opposed to solutions that help corporations increase profit by reducing headcount. Israeli entrepreneurs, as they operate today, may need to go through a major paradigm shift in order to succeed in the continent.

2.
Great article
Agree with many of the points presented here and speak openly about this across Israel and internationally. Those 'hubs' you mention is exactly what we're working on at SUiTS (www.thesuits.net) in East Africa, linking the Israeli and African ecosystems, but by emphasizing local development.
1.
Great Food for Thought
Well written analysis that we need to follow. It is so easy to get caught up in broad slogans rather than digging deeper to see how to make a plan. Thank you.