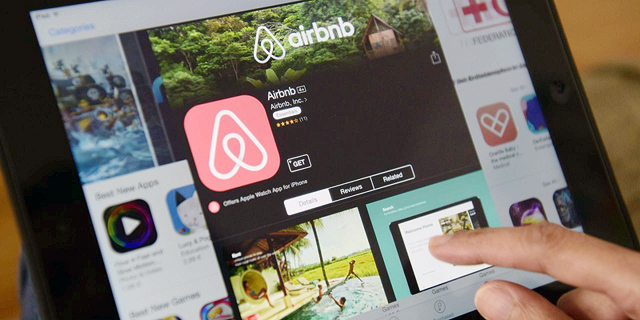 Last month, the Israel Tax Authority announced it is working out a taxing scheme for Airbnb rentals in the country, which are currently not formally regulated

Update: An Airbnb spokesman said "hosts want to pay their fair share of tax, and we want to help them. We have had positive conversations with the Tax and Tourism Ministry about the Airbnb community in Israel, and look forward to further discussions with policymakers on fair, clear and simple rules that help more local families benefit from visitors to their communities."

The Israeli Tax Authority is negotiating a retention tax agreement with Airbnb that will let it tax hosts automatically through the company’s website, people familiar with the matter who spoke on conditions of anonymity told Calcalist.

The proposed model will see Airbnb collect income tax on any payments made to Israeli hosts through the service. Such an arrangement will negate the possibility of tax evasion and neutralize at least some of the discrimination claims brought forth by traditional paid-lodging businesses like hotels and hostels.

Airbnb currently collects and remits tourists taxes, also referred to as hotel or occupancy tax, in many of its global locations. In some places, like Amsterdam, Paris and major U.S. cities including San Francisco, Chicago and Los Angeles, Airbnb collects the tax automatically and passes it on to the authorities without going through the host.

Not all countries are satisfied with giving Airbnb leeway on how and when it collects taxes. In Europe, for example, Airbnb routes all charges through the company’s Irish subsidiary. This allows Airbnb to pay the Irish corporate tax rate of 12.5% on income earned in other European countries that may have higher rates. In August, France and Germany, which have a corporate tax of 33.3% and 15.8%, respectively, announced they would spearhead a proposal within the European Commission to enact an EU-wide law enabling each country to tax Airbnb rentals according to its own tax rates. Short-term home-renting services like Airbnb, or to a lesser degree Booking.com, have become an increasingly complex problem for tax authorities, since they essentially turn every person that rents their residence into a potential business owner without requiring them to register for a business license. In Israel, the Tax Authority has been increasing its regulatory operations for the past two years, as part of a war waged against the local real estate black market. While most of the focus has been on "full-time business operators" that own apartments rented exclusively to tourists, last year the authority ran a sting operation targeting all tax-evading renters through Airbnb's website. Authority officials posed as clients and found renters who made almost $40,000 a year without reporting the income.

The authority estimates the number of residences rented in Israel through Airbnb and similar websites at around 20,000. Around half of these are located in Israel's central district. A formal tax scheme is expected to increase the prices asked by local hosts across the country.

Last month David Shilon, a senior Israeli tax authority official, said the authority is working out a formal regulation scheme for short-term rentals. At the time, he said the regulation would require new Airbnb hosts to register under a specific small business license in the first year, and change their registration after a year if found to operate as a business. Full time renters would be required to register as a business from the onset.