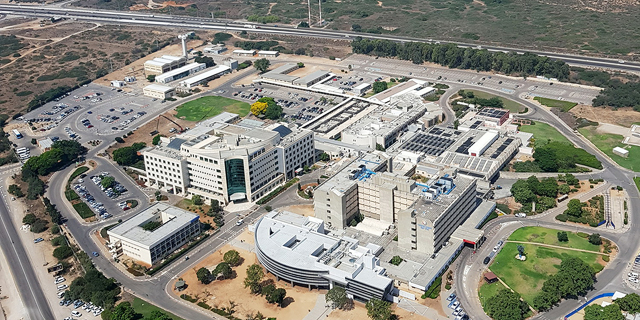 AI Helps Israeli Doctors Decide When to Operate, Patients Were Kept in the Dark

Under a blanket of secrecy, some Israeli hospitals are testing a software that utilizes artificial intelligence technologies to help doctors decide if patients should undergo operations

A surgery department at an Israeli hospital used an artificial intelligence software to decide which patients should undergo surgery, without disclosing the information to the patients themselves. While use of the software can potentially help in reducing unrequired medical procedures, lowering risks and costs for patients, hospitals, and insurers, the secrecy involved casts doubts on the level of transparency that was extended to patients and the due diligence processes involved.

The Otolaryngology Surgery Department at Hillel Yaffe Medical Center, a major Israeli hospital located in the coastal Israeli town of Hadera, operates on some 800 patients annually. For the past year, the decision whether to operate on patients coming in for a consultation was influenced by the output of AI software developed by MEDecide Ltd., a Tel Aviv-based startup founded in 2015.

The software uses patient data such as test results, medical history, the medications the patient is currently taking and discomfort levels to highlight various considerations. It then recommends whether the surgery should be performed or not, sometimes advocating different therapeutic procedures or additional testing. MEDecide’s software is currently being tested in a pilot program in several of Israel's hospitals, with the approval and even the encouragement of the Israeli Ministry of Health. All the medical personnel involved in the pilot were required to sign non-disclosure agreements, and patients were not notified. MEDecide is also set to launch a second pilot program in U.K. hospitals in 2018, in collaboration with a local undisclosed company. The startup is also currently in the process of opening offices in the U.S., where it is already in initial contact with insurers, and in the U.K. and Germany. "My opinion is that the software gives us an edge," said Itzhak Braverman, the director of Hillel Yaffe's Otolaryngology Department, in an interview with Calcalist. He explained that the software offers the hospital an objective tool, helping doctors reach better decisions. Around half of all surgeries performed by the department over the last year were processed by MEDecide’s software. Mr. Braverman stressed that the software’s output is factored into the end decision of whether to operate or not, and in some cases the final decision was in opposition to the recommendations of the system. "There were times when we thought a surgery was needed and the software said otherwise. We didn't always take its advice," Mr. Braverman said, who is of the opinion that hospitals should adopt the technology as a helpful aid. "Hospitals perform many surgeries even when there isn't a 100% certainty that is necessary," he said. In an interview with Calcalist earlier this month MEDecide's co-founder and CEO Hillary Harel said the technology was developed to address the problem of unneeded surgery. The company's target market is the U.S., and until now, the software has been specialized for surgeries that require health insurance pre-approval, said Ms. Harel. "it's the most common procedures, but also the ones that tend to have the highest rate of unnecessary surgeries."

On its website, MEDecide says its software is intended to save lives and valuable resources, allowing insurers, employers and hospitals to better control their expenses and improve their quality of care.

Mr. Braverman and MEDecide's founders both stressed the pilot was approved by the Israeli Ministry of Health. A spokesman for the ministry said the ministry is not familiar with the company and is not sponsoring the pilot program.