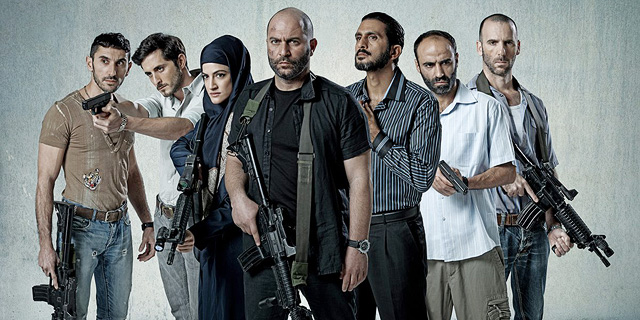 When he heard for the first time Netflix decided to buy his show as is, Fauda co-creator Lior Raz was disappointed. He believed the dual-language Hebrew and Arabic political thriller would prove a bit much for international viewers.

“At first, I was a little bummed. I wanted Netflix to do a remake of our show, as they did with ‘Homeland,’” Mr. Raz explained speaking at a Calcalist conference held in Tel Aviv Monday. The Showtime hit series he referenced was itself adapted from an Israeli show named “Prisoners of War.”

“I thought, ‘who would watch a show in Arabic and Hebrew with subtitles?” Mr. Raz said.

In retrospect, Fauda has done very well on Netflix, garnering a wide international audience and critical acclaim. It also got Mr. Raz and his co-creator, Israeli journalist Avi Issacharoff, a contract for a second season with Netflix. Still in Hebrew and Arabic but dressed in a far richer production, the show’s second season, premiered in Los Angeles in November.

Fauda--'chaos’ in Arabic--follows the members of an Israeli undercover special forces unit operating inside Palestinian territories. Both creators drew from their military service while working on it.

First premiered in Israel in 2015, the show was lauded for fleshing out both Jewish Israeli and Arab characters and for shedding light on the Israeli-Palestinian conflict. Fauda was purchased by Netflix, where it premiered in December 2016. Netflix does not reveal rating data, leaving Fauda creators to estimate their show’s success rates based on social media and search engine analytics, Mr. Raz said. “I’m getting emails from Kuwait to Argentina and anywhere in between,” Mr. Raz added. “When the show premiered, Hamas warned its followers not to watch the show in a post on the movement’s official website,” Mr. Raz said. “Eventually, they posted a link to the first episode.”

2.
One more Israeli that sells his soul and his people for $$$$
With such self hate permeating the Anti Israel Anti Zionist Anti Judaic world of cinema and entertainment only a miracle can save the Jewish people from the self haters such as those involved in this film
1.
What?
Zero comments?