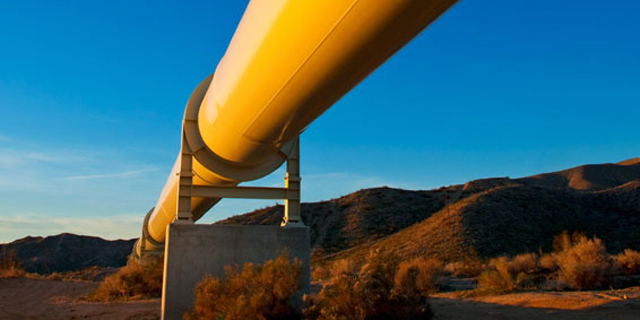 Keeping a state-owned pipeline company off the books. Israel’s state-run oil pipeline company, founded in partnership with Iran 50 years ago, will continue to be shrouded in secrecy after its reorganization is completed next year, the Israeli parliament’s Foreign Affairs and Defense Committee decided Monday.Publishing classified information about the company is punishable by a prison sentence of 15 years to life. Read more

With a steady hand, Check Point CEO leads company to new post dot-com heights. For over twenty years Gil Shwed has served as the CEO of Israel’s flagship cybersecurity firm. His risk-averse management has garnered criticism but has also enabled the company to steer away from pricey acquisitions. Read more

Netanyahu assembles a team to address U.S. tax reform. In December, U.S. President Donald Trump signed into law an extensive tax reform that will see American corporate tax lowered to 21%. The reform may have significant implications for Israel’s economy, and specifically for the country’s burgeoning innovation industry. Read more

Israeli-linked tech deals, IPOs at an all-time high. Mergers, acquisitions, and IPOs of Israeli-linked companies hit a total value of $23 billion in 2017. While the overall number of deals declined, the size of acquisitions and buyouts increased, according to a Wednesday report. Read more

WeWork to raise funds in Israel. Coworking real estate company WeWork is aiming to raise hundreds of millions of dollars through a bond issuance on the Tel Aviv Stock Exchange in the upcoming months, according to representatives of Israeli institutional investors and people familiar with the company who spoke to Calcalist on condition of anonymity. Read more