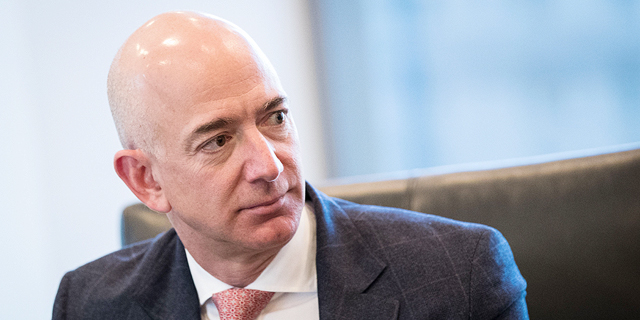 Tel Aviv City Hall, WeWork collaborate to bring co-Living to town. WeWork is exploring the possibility of opening a co-living location on Tel Aviv’s skyscrapers corridor, in a project that would involve the construction of a 17-story building. The Tel Aviv City Hall is also promoting two other co-living projects, as a way to tackle a housing shortage and soaring rental prices. Read more

After announcing restructuring plan, Teva's board of directors takes a pay cut. The drugmaker’s directors decided to cut their cash compensation in half before Teva announced its extensive layoffs plan in December. The company awards its directors an annual cash payment of $160,000 as board membership fees. Read more

Israel is overcrowded. Artificial Islands to the rescue? Israeli Prime Minister Benjamin Netanyahu refloated an initiative to construct artificial islands in Israel’s territorial waters as a solution for Israel’s limited territory. Mr. Netanyahu explained that Israel has many shoreline facilities such as desalination plants and power plans, which are taking up space in the country’s already limited coastal zone. Read more

Bitcoin is not a currency, says Bank of Israel Deputy Governor. Israel’s central bank will not recognize cryptocurrencies such as bitcoin as currencies, the bank’s Deputy Governor Nadine Baudot-Trajtenberg said on Monday. In December, Calcalist cited government officials saying that the Israeli Ministry of Finance and the Bank of Israel are exploring the possibility of creating an official Israeli state cryptocurrency. Read more

iAngels co-founder on picking the right ICO investments. With blockchain technology needing to pick up the pace, any technologies that enable the blockchain to be faster and more scalable are appealing, writes Shelly Hod Moyal. Read more

Gal Gadot is Huawei’s new CEO—Chief Experience Officer. The “Wonder Woman” actress will help the Chinese telecommunications company push its Mate10 Pro mobile phone to U.S. market. Huawei is having a hard time entering the U.S. due to suspicions that it plays a part in Chinese espionage efforts. Read more

‘Meltdown,’ ‘Spectre,’ may change the way chips are designed. Researchers who were part of the team that found the security flaws, believe chip design will now be forever changed. Read more