On the heels of the increase in the number of incoming Chinese tourists, Alipay is coming to Israel. Seeking to overturn ruling forcing it to reinstate popular Israeli page, Facebook appeals to Israel’s Supreme Court

On the heels of the increase in the number of incoming Chinese tourists, Alipay is coming to Israel. The number of Chinese tourists visiting Israel more than doubled over the last two years. Last week Alipay announced a partnership with Israel-based credit card issuer Israel Credit Card Ltd. (CAL) and OneBill Software, an online billing platform. Read more

Seeking to overturn a ruling forcing it to reinstate popular Israeli page, Facebook appeals to Israel’s Supreme Court. In December, Facebook reinstated the popular Israeli page “Twitting Posts,” which it had terminated in 2015 citing user agreement violations, following an Israeli court ruling. Now the company is taking the fight to the next level. Read more 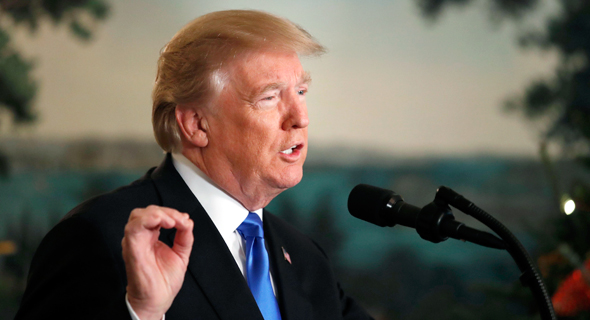 Donald Trump is worth $180,000 (in this new crypto game). The exact net worth of U.S. President Donald Trump is a matter of intense debate and speculation, but, in a new blockchain game, the sitting U.S. president is worth exactly 151.4 ether, which comes out to about $181,700. Read more

Online games developer Playtika to invest up to $400 million in startups. The company is looking for digital entertainment and consumer internet startups in Israel, with a focus on companies that are already profitable or that have proven business model. Read more

Israeli tech is flying high down under. Australia is repositioning itself to capitalize on digital innovation. And the Australian Securities Exchange is becoming a hotbed for Israeli tech companies looking to raise capital. Read more

Israeli military examining the use of fitness tracking social network Strava by troops. Following reports that the service’s “heatmaps” reveal the locations of military bases, the Israeli military will examine the use of Strava’s service by troops, “and will issue relevant directives to soldiers as it sees fit.” Read more

Geolocation startup Hoopo raises $1.5 million in seed. Hoopo developed a geolocation estimation algorithm that makes no use of GPS, locating assets in high-density areas such as vehicles in a parking lot, ships in a port, or free-range cattle. Read more

Intel’s Israeli exports up 10% in 2017. The chipmaker’s exports from Israel totaled $3.6 billion in 2017, up from $3.3 billion in 2016, according to an annual report. “2017 was an exceptional year, in which Intel bought Mobileye, turning Israel into Intel’s global center for autonomous cars,” said Yaniv Garty, CEO of Intel's operations in Israel. Read more

Report shows slowdown in non-Israeli venture capital first investments in Israel. 233 first time investment deals were made by 151 non-Israeli investors in 2017, down from 267 in 2016 and the lowest number seen since 2013, according to a new report by IVC Research Center. Read more

Shlomo Kramer, founder of cybersecurity company Imperva, sold his holdings in the company. In June 2016 Elliott Associates LP, a unit of activist hedge fund Elliott Management Corporation, disclosed a stake of around 10% in Imperva. Read more

Israel Aerospace Industries files a $62 million lawsuit against AMOS-6 insurers. The satellite built by the company exploded in 2016 during pre-checks on the launchpad, two days before the planned launch. Read more

Marketing analytics company AppsFlyer is on a hiring spree. The company is hiring 200 new employees and acquiring office space for more. Read more