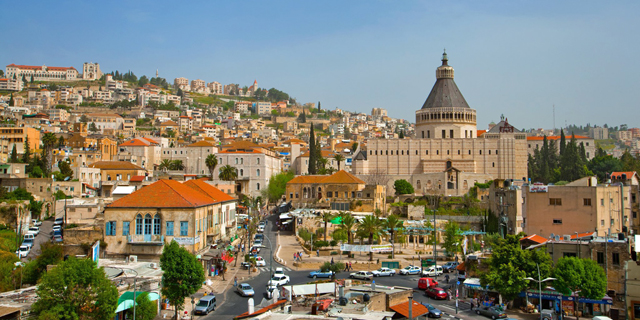 EU enlists an AI startup in the fight against fake news. The cost of exlcuding Arabs from the Israeli economy. Uster buys Elbit Vision Systems for $32 million

EU enlists an AI startup in the fight against fake news. AdVerif.ai, a three-person startup founded in 2017, says it has developed a software that can detect fake news and that the European Union is now using the startup’s AI engine to identify disinformation being spread on the web and on social media. Read more

Nazareth hosts a Calcalist conference on tech and Israel's Arabs

Exclusion of Arabs is costing Israel over $10 billion a year, says Israeli lawmaker Ahmad Tibi. The under-representation of Israel’s Arab citizens in the local job market is especially apparent in Israel’s lucrative tech sector. Comprising around 20% of the Israeli population and 17.4% of the country's workforce, Arabs with Israeli citizenship account for only 1.4% when it comes to technology jobs. Read more

Israeli startups are at the focus of new Chinese investment fund. A partnership between two China-based companies, Comfort-RJ Investment Holdings will seek out early stage startups in the consumer healthcare and personal grooming industries. Read more

In Syria, Russian and Iranian economic interests clash, writes Doron Peskin. Iran’s growing military presence in Syria overlay’s its involvement in the economy of the civil war-torn country. Since 2011, Iran has invested an estimated $20 billion in military and economic aid for Syria, as part of a plan to expand its interests once the violence there subsides. Read more