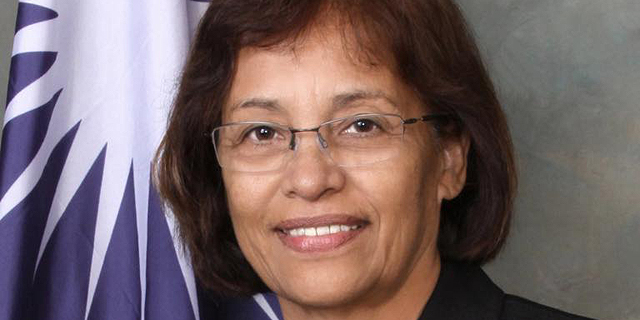 Marshall Islands to issue national cryptocurrency. Israeli entrepreneur Barak Ben-Ezer paid close attention when the U.S. tax authority said it defines a currency as the legal tender of a sovereign country. He drafted a list of small countries that don’t have their own currency, eventually deciding on the Marshall Islands because of its democratic rule and strong ties to the United States. The tiny Pacific republic announced this week it would raise money by issuing its own cryptocurrency. Read more

Hilda Heine the president of the Marshall Islands. Photo: PR

Japan's biggest online retailer Rakuten announces new crypto coin. Rakuten has been accepting payments in bitcoin in some of its marketplaces since 2015. In a November interview, CEO Hiroshi Mikitani said that Rakuten is "probably in the best position" to utilize blockchain technologies, as it already has substantial fintech assets. By making use of these technologies, the company can make some of its services “more scalable and efficient,” he explained. Read more

SEAT to integrate in-car sensors to monitor drivers’ alertness. The technology, developed by Israel-based gesture recognition company eyeSight, is currently being featured at the Mobile World Congress Show in Barcelona. EyeSight’s technology uses infrared sensors and edge computing to monitor the driver’s attention to the road, detect distractions and drowsiness and alert the driver or take proactive action through the car’s built-in safety systems. Read more

Most ICOs will not result in a viable product, says Mangrove Capital partner Roy Saar. Mangrove Capital Partners plans to invest tens of millions of dollars in Israeli blockchain companies. “I believe many of the companies that conducted a crypto offering in 2017 will disappear. Hundreds of companies conducted an offering last year and I estimate that 90% will not reach product,” he said. Read more

Elliott Associates “restarted” information security company Imperva. Since it first disclosed a stake at Imperva in the summer of 2016, activist investor Elliot fund made clear its intention to push for dramatic changes at the information security company. Nine executives have left Imperva since, including the company’s founders. Earlier this month, the company reported a quarterly net profit for the first time, and in its annual reports published Monday, it beat analyst forecasts. Read more

Israeli city of Haifa to spearhead tech investment fund. Private investors have proposed to commit up to $52 million to the fund being planned by Israel’s third largest city. The vast majority of Israel’s startups are based in the Tel Aviv area in central Israel. A 2016 Israeli government report places only 4.5% of Israel’s thousands of startups in Haifa. Read more

In fourth quarter, 3D printing company registers modest growth. Nasdaq-listed Stratasys published its fourth quarter and annual reports on Thursday, coming within the upper range of its updated financial guidance for the year and ending the quarter with $328.8 million in cash and cash equivalents. Read more

In fourth quarter, 3D printing company registers modest growth. Nasdaq-listed Stratasys published its fourth quarter and annual reports on Thursday, coming within the upper range of its updated financial guidance for the year and ending the quarter with $328.8 million in cash and cash equivalents. Read more