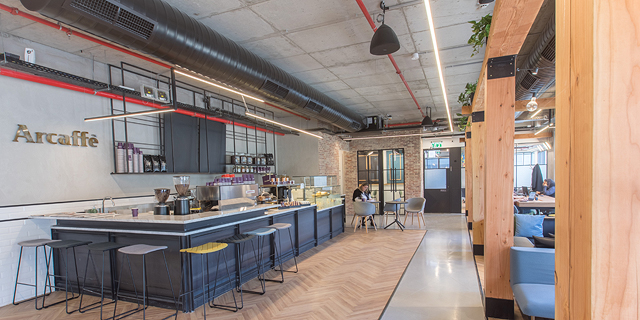 Be All is the largest coworking real estate company in Israel, in term of space offered. On Monday, Israeli shared office space company Mixer announced a $40 million funding round

Israeli shared office space real estate company Be All is set to open a new, 26,900 square-feet coworking space in Tel Aviv in May, Be All told Calcalist earlier this week.

This is the third coworking location for Be All, who recently opened the country’s largest coworking space, also in Tel Aviv, sprawling across 150,700 square-feet (14,000 square meters). Be All is the largest coworking real estate company in Israel, in term of space offered.

On Monday, Calcalist reported that Israeli shared office space company Mixer raised $40 million in a round led by Puma Brandenburg, the investment firm headed by British businessman Howard Shore. Founded in 2016, Mixer, whose corporate name is TLV Lounge Ltd., operates an upmarket coworking location in Tel Aviv and is looking to use the funding to expand in Israel and internationally, with two locations being planned in New York and one in Berlin.

The investment in Mixer comes as a number of shared office space companies linked to Israel are expanding internationally.

The Teddy Sagi Group has recently launched its shared office venture Labs in Israel, located in the top four floors of the Azrieli Sarona tower in central Tel Aviv. The group intends to open a second location in the HTowers project in Tel Aviv, a short walking distance from the Azrieli Sarona tower. This space will also be located on the upper floors, spanning around 48,500 square feet (4,500 square meters).

1.
Coworking
Coworking and small private office suite space is really starting to make its way to the suburbs, its not just for big cities anymore! Beautiful, chic modern locations are popping up all over Long Island, NY. They are mainly located in quaint downtown centers near banks, shops restaurants, as well as the Long Island Railroad to make an easy trip to NYC. www.officespaceli.com is the exclusive site to see available spaces all over Long Island!