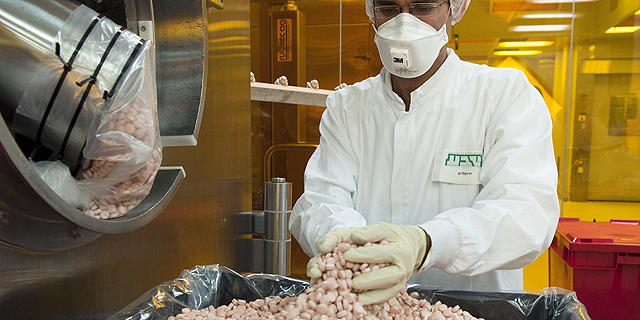 Teva to repay due loans with junk bond private offering. The company is looking to repay some of its outstanding debt with a private offering of senior notes, the company announced Wednesday. Through two of its Netherland-based finance subsidiaries, Teva is offering 1 billion euros worth of euro-denominated notes, and $2.25 billion worth of U.S. dollar-denominated notes. Moody's Investors Service, which downgraded Teva to junk bonds in January, has assigned a Ba2 rating to both offerings, with a stable outlook. Read more

Convicted Comverse CEO Kobi Alexander transferred to Israeli authorities. Mr. Alexander was serving a prison sentence in the U.S. for fraud charges pertaining to the timing of Comverse stock option grants. In November, he appealed to be transferred to an Israeli prison, where he could have a third of his term reduced for ‘good behavior.’ Read more

A computer mouse for amputees. An Israeli startup named 6Degrees has set its sight on helping arm amputees, people affected by stroke and people suffering a loss of dexterity recover their quality of life with a unique, patented invention—a mouse shaped as an armband that can be controlled by upper arm movements. Read more

Viber launches group chats of up to one billion users. The messaging app owned by Rakuten is introducing a way for group admins to monetize the activity on their streams. Read more

Israeli university launches lab to fight crime using AI and big data. The Center for Computational Criminology is the result of a partnership between Israeli police and Ben-Gurion University of the Negev. Read more

Quick-charging battery startup StoreDot partners with Japan's TDK Corporation. The two companies will collaborate on a fast-charging battery for mobiles, based on StoreDot’s flash battery technology for lithium-ion batteries, which enables a charging time of five minutes. Read more