Drones are the future of agriculture, said Roy Degani, CEO of drones developer Aerodrome, during Calcalist's Mind the Tech conference held this week in New York

Agriculture is the most significant industry in the world, and it affects every person on earth, yet it has not evolved much since the Middle Ages, said Roy Degani, CEO of Israel-based agritech drone developer Aerodrome Ltd. Mr. Degani spoke at Calcalist's Mind the Tech conference in New York on Tuesday.

According to Mr. Degani, drones are the future of agriculture, allowing farmers to monitor their crops and practice precision agriculture, with relatively low expenses. This practice reduces the use of pesticides, the need for manpower and the amount of equipment used by growers, thus saving a great deal of money for farmers and consumers alike, he said.

Drones can help farmers monitor the state of their fields and crops at the push of a button, but according to Mr. Degani, only 4% of farmers have adopted the technology to date. Setting up a drone system is expensive and using it requires a skill-set that most farmers do not have, and this means they must rely on external experts to operate the drones and analyze the data for them, he added. 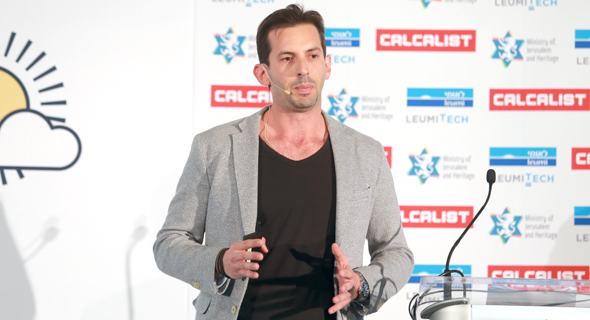 Founded in 2014 by Israeli Air Force veterans and based in Rosh HaAyin, a town in central Israel, Aerodrome has some 20 employees according to LinkedIn data. The drone developed by Aerodrome operates and navigates autonomously, scanning the fields and delivering real-time comprehensive analyses to farmers, allowing them to detect and fix any anomaly before it can have an ill effect on their crops, Mr. Degani explained.

“This drone can locate pests and identify flaws in irrigation, in an extremely high resolution of two centimeters per pixel,” Mr. Degani said, adding that the technology would cost farmers less than a dollar per acre. Aerodrome is currently working on a way to create integration between the drone and any irrigation system, Mr. Degani added.

1.
Looks like another company with no real product.
(NC)