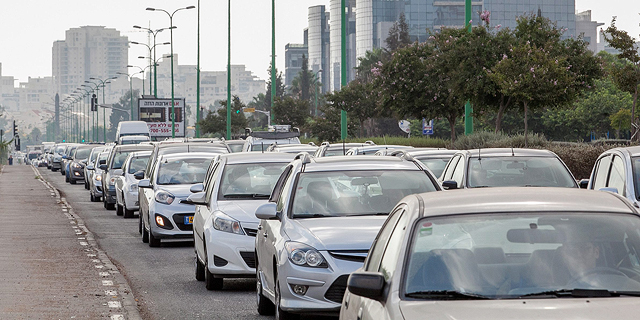 69% of Israelis Drive to Work and Only 21% Use Public Transport, According to New Report

Israel’s Central Bank published a segment of its 2017 economic report, showing Israelis are largely displeased with the state of public transportation in the country

In Israel, 69% of employed people drive to work, and only 21% take public transportation, according to a section of the annual report for 2017, published by Israel’s Central Bank on Sunday.

Corroborating this conclusion is the finding that residents of Israel’s three largest cities, Jerusalem, Tel Aviv, and Haifa, are less satisfied with the level of local public transport than the residents of major European cities.

Last week, the OECD published its annual economic survey of Israel. According to the survey, while the Israeli economy has been showing growth for 15 consecutive years, the country is still affected by economic inequality. The OECD listed high housing prices, low social mobility, and a large infrastructure deficiency, particularly in public transportation, as factors hindering the quality of life and social mobility in the country.