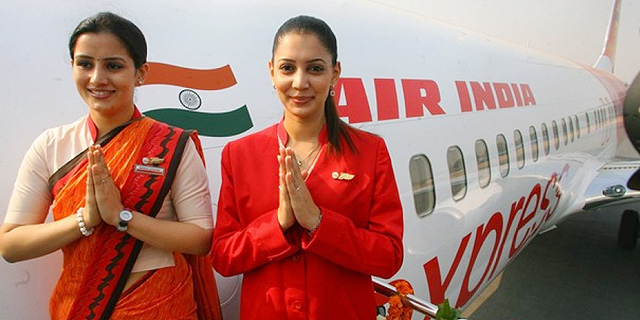 The new direct route reduces the duration of flights between India and Israel from 7.5-9 hours to 5-6 hours

The first flight in Air India’s direct five-hour flight route between Delhi and Tel Aviv, passing through Saudi airspace is scheduled to take off and land at Ben Gurion International Airport Thursday evening, according to airport schedules.

The new direct route reduces flight times between India and Israel from 7.5-9 hours to 5-6 hours. Earlier this month, it was reported that India’s national carrier has received a $925,000-grant (NIS 3.2 million) from Israel’s Ministry of Tourism in order to operate three weekly flights on the new route.

The direct route was first announced by Air India in February. Saudi Arabia, which does not maintain official diplomatic ties with Israel, quickly responded, saying it had not given permission for the flights headed to and from Israel to pass through its airspace. The Saudi issue has apparently been resolved.

The new route is the result of a two-year-long negotiation process between the Israeli Ministry of Tourism and Air India, and will increase the number of tourists visiting Israel from India, Yariv Levin, Israel’s Minister of Tourism said in a statement released by the ministry on Wednesday. The number of tourists from India coming into Israel each year has gone up by nearly 70% in the past four years, from 34,600 in 2014, to 58,000 in 2017, according to the statement.