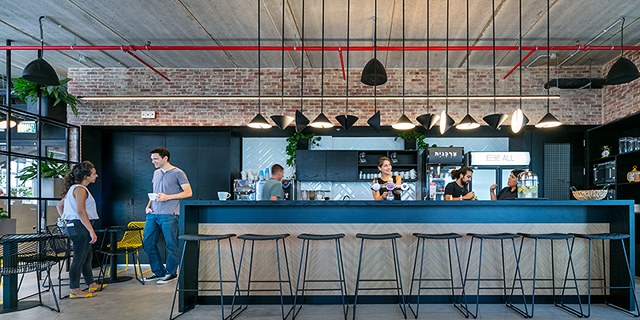 While new coworking spaces are mushrooming all over Israel, the country has also become central in creating coworking companies that then go on to expand to other geographies.

WeWork founder Adam Neumann hails from Israel where he spent some of his formative years in a Kibbutz, an inspiration to some of the company’s ambitions in creating co-living projects. Now, WeWork is also trying to bring its co-living brand “WeLive” to Tel Aviv, and the same Kibbutz where Mr. Neumann grew up is turning its mess hall into a coworking space.

Following are nine of CTech’s most popular coworking stories. WeWork’s offer to Israeli investors: buy bonds and get stock options. Institutional investors managed to get a peek at WeWork’s financials. Now they are preparing to assign the real estate company a credit rating. Read more

Tel Aviv City Hall, WeWork collaborate to bring co-Living to town. WeWork is exploring the possibility of opening a co-living location on Tel Aviv’s skyscrapers corridor, in a project that would involve the construction of a 17-story building. The Tel Aviv City Hall is also promoting two other co-living projects, as a way to tackle a housing shortage and soaring rental prices. Read more

Once Israel’s beating socialist heart, kibbutz mess halls are turned into startup hubs. Less than a mile off the Gaza border, the mess hall at Kibbutz Nir Am is being renovated. Once the beating heart of the commune's socialist lifestyle, the hall is being retrofitted with offices framed in black metal, with a shared kitchen, and a pool table. Nine pre-vetted startups are already waiting to move in. In search of additional revenue streams, Israel’s kibbutzim hope to transform over 200 buildings into coworking spaces. Read more

Microsoft leases coworking space in Tel Aviv suburb. Microsoft is temporarily relocating some of its research and development activity to the location, leased from coworking real estate company Mindspace, until the company opens a new campus nearby in 2020. Read more

1.
Mr
Adam Neuman is surely the biggest genius since the slice bred He should get the Nobel Prize for inventing the hot water. Only an israely can try to fool everyone with this kind of BS..