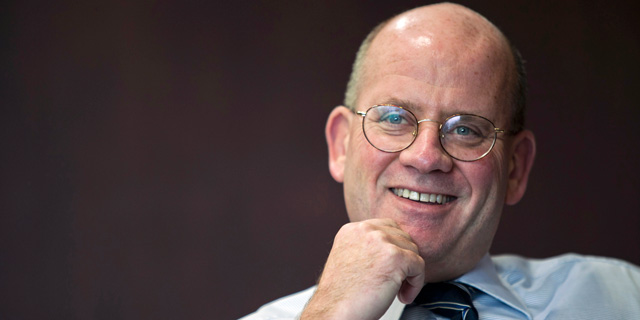 General Electric and Basel-based pharmaceutical company F. Hoffmann-La Roche AG are considering opening a joint subsidiary that will operate a research and development center, to be located either in Israel or in Finland, two people familiar with the matter said in an interview with Calcalist, speaking on conditions of anonymity.

As a preliminary way to examine options and opportunities, the two companies are holding talks with the Israeli government’s innovation investment arm, the Israeli Innovation Authority, these people said. The talks have touched upon local taxes and possible government benefits, but the two companies are also considering opening the center in Finland and not in Israel, these people said.

A spokesperson for General Electric said the company does not comment on rumors. Roche has yet to respond to a request for comment. A spokesperson for the Israeli Innovation Authority said that the authority is aware of the talks, but cannot discuss specific details. The World Economic Forum’s global competitiveness report for 2017-2018 ranked Israel in third place for innovation and Finland fourth. Among the factors that attracted the two multinationals to Israel, the two people said, is the $264 million national plan to promote digital health in the country, announced by the government in March. Some of the budget allocated to the project will go to Israel’s four health maintenance organizations (HMO), to support and build up their digital databases, and some will be used to support collaboration between the Israeli healthcare system and local startups operating in the domain of digital health. Finland is currently in the midst of passing a planned healthcare reform intended to cut the country’s annual healthcare costs by opening up opportunities for the private sector, among other changes. In December the country also launched, in collaboration with several multinational pharmaceutical companies, a genomic research project intended to answer previously unmet medical needs. The project will use 500,000 blood samples collected by Finnish biological banks and combine their genomic information with the country’s digital health data. Israel offers universal, subsidized healthcare, and membership at one of its HMOs—which also function as health insurers—is mandatory, making for an unusually large and detailed medical information database. Israel makes an attractive research environment for companies in the domains of healthcare, and medical devices. Coupled with the close geographical proximity of the local HMOs and local academic research institutions, existing local data makes Israel an attractive target for multinational companies seeking to conduct health-related research, said Itai Kela, head of the healthcare and biotechnology sectors at the Innovation Authority, in an interview with Calcalist Wednesday.

Seven to ten multinationals are currently engaging with the authority to consider setting up operations in Israel, Mr. Kela said. Israel’s national plan to promote digital health has garnered international interest since it was announced, Mr. Kela said, but most of the discussions began prior to it.

Mr. Kela declined to comment on talks with General Electric and Roche deal.