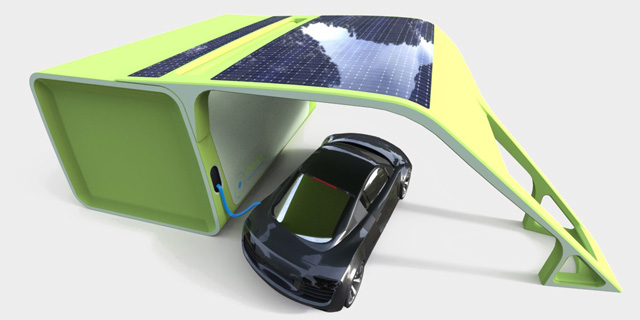 Chakratec Ltd., an Israel-based battery startup, raises $4.4 million as it tackles some of the last obstacles holding back electric cars

Even as electric vehicles appear to be on the verge of going mainstream, there are at least two major roadblocks holding back the technology. One is the lack of charging infrastructure outside of cities, which makes long-distance travel impossible, or at least nerve-wracking. Another significant inconvenience is the amount of time is takes, sometimes hours, to charge electric vehicles.

An Israel-based startup called Chakratec Ltd. is trying to solve both problems by developing what it calls a kinetic battery device, which stores energy using a flywheel instead of relying on chemical compounds like in lithium-ion batteries.

In places where grid capacity is limited, flywheel batteries can be deployed to provide the powerful surge of electricity needed to recharge a car battery quickly. The current produced is strong enough to charge a battery in ten minutes, according to a promotional video by the startup. With this technology, Chakratec hopes to make electric vehicle charging stations commerically viable in rural areas—that is, cheaper to build and operate where upgrading the grid for fast electric vehicle charging can be prohibitively expensive. A $4.4-million funding round announced Sunday will help the startup test its energy storage system as part of three pilots with European electric utilities. The investment round, which was led by iArgento, an Israel-based family office, and Goldbell Corporation Pte Ltd., a Singapore-based distributor of industrial vehicles, brings Chakratec’s total equity funding to $7.6 million since its founding in 2013.

The startup says that its batteries can provide unlimited charging and discharging cycles per day for a 20-year lifetime, a significant advantage over conventional energy storage.

3.
Chakratec Flywheel batteries
Very interesting and promising technology. Would like to know how the system works from starting point to the end, just for academic knowledge. I am from India , Science graduate with experience of working in Chemical Industry. I have always been fascinated by alternative source of energy at cheaper cost and convenience.In India we need to adapt this technology as early as possible.From the article, it appears that the Flywheel batteries unit will be maintenance free. Will there be additional batteries also in the car with this unit?
2.
electric powered cars
So much nonsense has been written about the method of charging batteries and missing the point altogether.people living in flats and streets with hundreds houses crammed together will have no means of charging their vehicles ,in effect they will be prohibited from owning a car if the future is all electric to the exclusion of petrol or derv.In an overcrowded country such as the UK electric cars will be useless,far better go for hydrogen power .
1.
flywheels arrive again
This is the most significant re-emergence of 19th century technology, now again recognised as important in the 21st century. Thanks for helping the world.