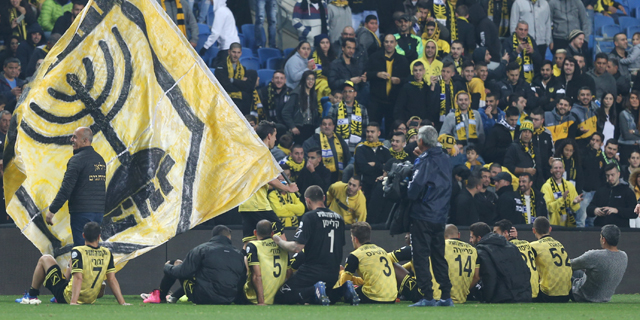 Just one day before the inauguration of the U.S. embassy in Jerusalem, Beitar announced its intention to add the U.S. President’s last name to its club name

Israeli soccer club Beitar Jerusalem Football Club plans to add U.S. President Donald Trump’s last name to its team name, the club announced in a Facebook post on Sunday. If the change is carried out, the club will be known as Beitar Trump Jerusalem Football Club. The move comes as a tribute to Mr. Trump just one day before the inauguration ceremony of the new U.S. embassy in Jerusalem, scheduled for Monday afternoon.

In December, Mr. Trump announced the planned move of the embassy from Tel Aviv, and officially stated the U.S. recognizes Jerusalem as the capital of Israel. Jerusalem is the seat of the Israeli Parliament and the country's supreme court and hosts the official residences of Israel’s prime minister and president. Following Mr. Trump’s speech, violent protests broke out in Israel and in the West Bank.

In order for the new name to become official, Beitar, as a member of the Israel Football Association (IFA), must receive the association's approval. According to IFA regulations, however, a club can only add one or more of the following elements to its name: the name of a city or town, a sponsor’s corporate name or the name of a deceased individual. Founded in 1936, Beitar is politically affiliated with the right-wing and is historically associated with Israel’s governing party, the Likud-National Liberal Movement. Right-wing politicians, including Israeli President Reuven Rivlin, Israeli Minister of Culture and Sports Miri Regev, Defense Minister Avigdor Lieberman, and former Prime Minister Ehud Olmert, are known as fans. On several occasions, Beitar fans were known to chant racist slogans and engage in violent activity during games, especially against Israeli-Arab soccer club, Ihoud Bnei Sakhnin F.C. In January, following such an incident, Beitar was penalized by the IFA, and had to play a match in front of empty seats, and close a part of its stadium in four additional games. In 2013, Beitar recruited two Chechen Muslim players, sparking a protest among some fans, some going as far as boycotting the club, and holding protests calling for the team to remain “pure.” A 2016 documentary film called “Forever Pure” documenting these events won three awards at the Jerusalem Film Festival of that year, as well as a nomination for the Gold Hugo award at the Chicago International Film Festival. In July, a Beitar fan was sentenced to 120 hours of community service after accepting a plea bargain for threatening the film’s director, Maya Zinshtein.

Beitar is the only Israeli club playing in the country’s premier league to have never signed a player belonging to the Arab minority, which makes up roughly 20% of Israel’s population. Beitar has won six Israeli Premier League championships and seven State Cups.