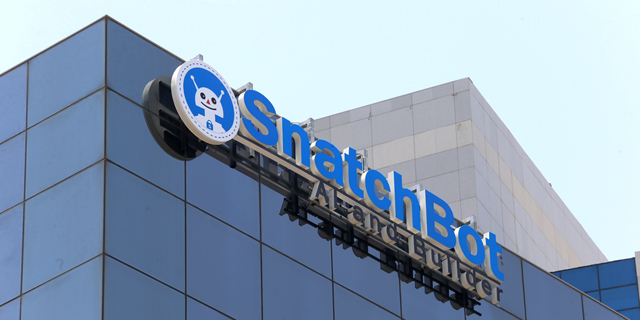 Picking the right name for a startup can be hard. It can be even harder for non-native English speakers. The Israeli startup scene supplies ample examples

Picking a good name for your startup is important. As I explained in a previous article, picking a name that is memorable, but not too clever, is easier said than done.

As an early stage investor, I was witness to the birthing of startup names many times. I helped name and/or spell Leaba Semiconductor (acquired by Cisco), Sedona Systems, Oryx Vision, Vayyar Imaging and BillGuard (acquired by Prosper). I also had a part with a few failures like Siano, Kerenix, and Kodeos. I’ve made many entrepreneurs squirm in their chair talking about company names, and I think I’m in a pretty good position to put together a helpful guide.

The following list of potential pitfalls addresses some of the more common mistakes made by native and non-native English entrepreneurs. The lively Israeli startup eco-systems handily supplied me with ample examples, but many non-Israeli make similar mistakes.

11. No License Plate Names. This branding technique is horrible. It’s where individual letters and numbers are pronounced as words, similar to a license plate that can be read like “IMGR8.” There was exactly one Israeli company that hit it big with a license plate name and that was EZchip, luckily in a sector where brands don’t matter as much. Not surprisingly, they were founded a year after the company behind ICQ (I seek you) was acquired by AOL for $400M. From there it was downhill with companies such as uTest(now Applause), E4X, CB4, 2CUagain, LiveU and InirU. Bessemer has one entry here with Team8, but it’s a single number and not really a startup.

2.
Hit and Miss Suggestions
These suggestions are hit and miss. Two-word names actually work well most of the time, and have the added bonus of making it easy to abbreviate if necessary. On the other hand, I mostly agree with the pronunciation guidelines, Pipl being an egregious example (none of them were fluent in English?). Moovit is OK though. However, it's strange that the author makes these pronunciation suggestions, when some of his own names violate them – Leaba is especially bizarre, Vayyar and Kodeos are pretty bad too. I suggest another rule: don't use vowel sequences that aren't commonly used in English, or pronounced differently in English than in Hebrew.
1.
didn't get the problem with snatchbot even after googling and urban dictionary
(NC)