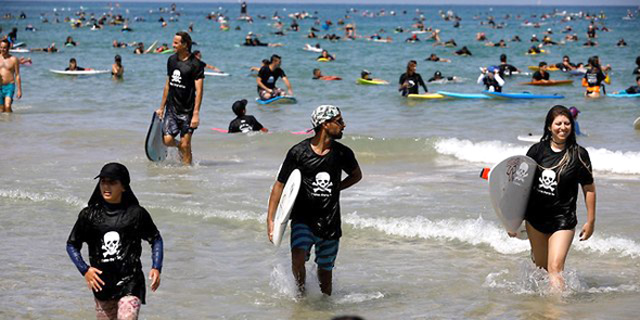 Protest organisers say nearly 1000 people formed a record-breaking human circle off the shore of Herzliya, a city in central Israel

Nearly 1000 surfers wearing black skull-and-crossbones shirts surfed together on Friday off the shore of Herzliya, a city in central Israel, to protest against offshore gas development. The protestors demonstrated against the intention to construct a rig 9 km from the shore instead of deeper in the sea, a location they claim will pollute nearby shores with industrial byproducts. Participants paddled out and held hands to form what organisers said is the world’s largest surfing circle, demanding that the rig be relocated 120 km into the sea to reduce potential harm. The organizes said they would submit the circle to Guinness World Records for recognition. 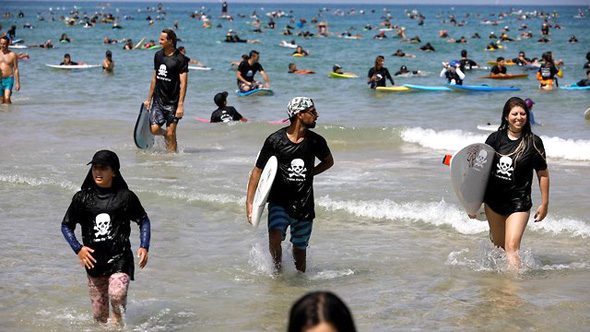 1.
Gas Protest
Good that you posted the protest but there is a lot more information to be covered. Please revisit the issue because there is a real potential danger having the platforms so close to the coast.