These Ten Israeli Companies Raised the Most Money in 2018

Israel's vibrant tech hub has been of major interest to investors for years. Market research firm CB Insights considers Tel Aviv as one of the six global "heavyweight" tech hubs. Alongside the likes of Silicon Valley, New York, and London, Israel is the most international of all global tech hubs, with non-Israeli investors involved in 71% of its funding rounds, according to a June report by the research firm.

In 2017, venture capital investment in Israel-based or Israel-linked startups totaled $5.24 billion, up 9% from 2016, according to data from Israel-based market research firm IVC Research Center Ltd. The data also shows that as the local tech scene matures, investors are gravitating towards larger investments across fewer deals. Accordingly, in 2017, four investment rounds of $100 million or more accounted for 12% of the total money invested in Israeli startups. At the half-year mark, 2018 is shaping up to continue the trend. The following list includes the ten Israeli-linked tech companies that raised the largest funding rounds between January and June, compiled from CTech reports. While many other startups raised funds during those months, the decision was made to include companies that raised $50 million or more, only in equity funding and not in debt financing or initial coin offerings. As such, the list does not include companies like fintech startup Pagaya Investments, which raised $75 million in debt financing in March; LeadCoin, which announced in March it raised $50 million through a public offering of its cryptocurrency; or shared office company Mixer, which raised $40 million in February.

Investors in the round: SKion GmbH led the round, with participation from existing investor Altana AG. Together, the two now hold a 46% stake in the company.

A division of Landa Corporation Ltd., Landa develops industrial digital printing technologies for the commercial, packaging, and publishing markets. Based in Rehovot, a town in central Israel, the company employs around 450 people.

Headquartered in Singapore with a research and development center in Tel Aviv, Trax enables retailers to keep track of their stock using image recognition and computer vision analytic tools. The company operates in over 50 countries, with clients including some of Coca Cola's anchor bottlers and Henkel AG & Company.

eToro operates a website that enables users to make investments in a variety of financial assets. Investments can be made manually, or “socially” by copying the trading activity of other users.

Investors in the round: WeWork founder Adam Neumann, the Abraaj Group

Investors in the round: Volkswagen, Access Industries, Baring Vistok, MCI

Israel-based Gett develops a taxi-hailing app that connects users with registered taxis and cabs. The company operates in over 120 cities across the U.S., U.K., Russia and Israel, and has over 13,000 corporate clients.

Israel-headquartered V-Wave develops a minimally invasive implanted shunt device for treating patients with severe heart failure. According to the company, its device can help control elevated left atrial pressure, the primary cause of breathing difficulty and hospitalization due to heart failure.

Amount: the company raised $60 million in equity in June and $200 million in debt financing in May

Investors in the round: Menlo Ventures led the June round, with participation from SVB Capital and existing investors. Credit Suisse granted BlueVine the credit line in May.

Claroty develops and markets cybersecurity platform for industrial networks. Headquartered in New York, the company also has an office in Tel Aviv.

Investors in the round: Lightspeed Management Company LLC led the round

California-based TripActions develops a business travel management service aimed at saving companies money on their employees’ work-related trips. The company also offers around-the-clock customer support that reaches out to travelers in cases when further assistance is needed, such as flight delays or cancellations. 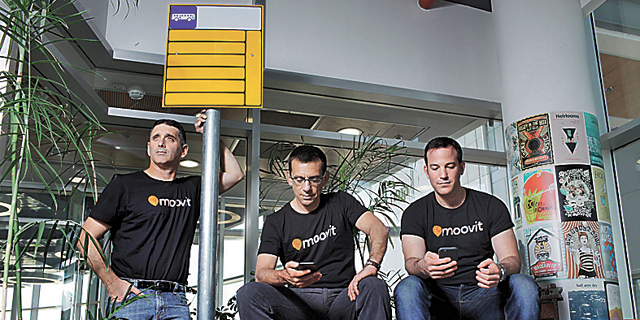