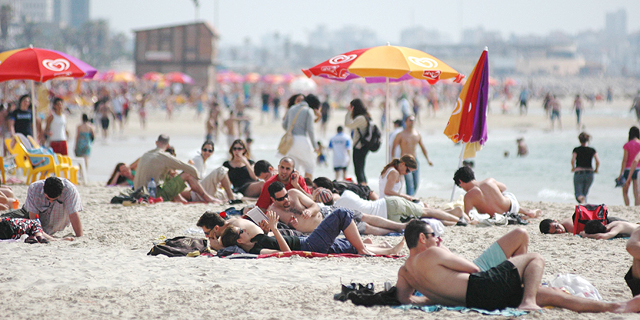 2.18 million visitors entered Israel in the first six months of 2018, 2.1 million of them tourists, according to Israel's Central Bureau of Statistics

2.18 million visitors entered Israel in the first half of 2018, a 19% rise compared with the same period the year before, according to data published Monday by Israel's Central Bureau of Statistics. Of those who entered the country during this time, 2.1 million were tourists. 3.5 million Israeli exited the country during that same period, a 3.5% rise from the same period in 2017. A report published in December 2017 by Israel’s Ministry of Tourism showed 2017 to be a record year in tourism to the country. Israel received 3.6 million visitors between January and November of that year, a 25% increase from the year before. 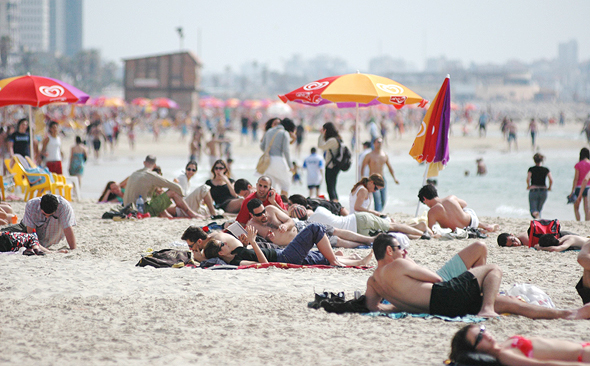 Tourists at the beach in Tel Aviv. Photo: Bloomberg