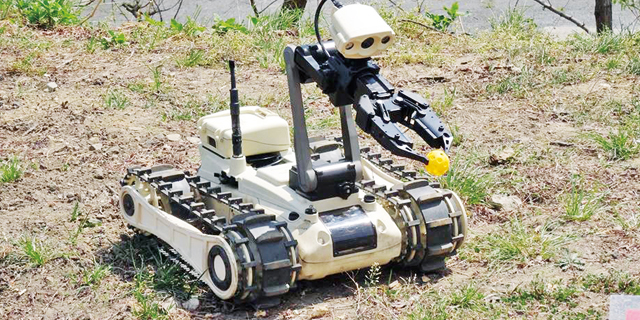 Founded in 2009 in Israel and headquartered in Maryland with additional offices in Tel Aviv and a factory in Pennsylvania, Roboteam develops ground robotic systems for tactical military use. The company lists military and government arms from the U.S., Israel, the U.K., Canada, Thailand, and Switzerland among its clients. Roboteam has raised $62 million to date from investors including Chinese investment firm FengHe Fund Management, co-founded by John Wu, formerly the chief technology officer at e-commerce company Alibaba.

The lawsuit alleges that Endeavor hired defense-focused lobbying firm Sachem Strategies to spread false rumors that Roboteam is controlled by the Chinese government, which uses it to obtain U.S. military technologies. Roboteam alleges that Endeavor’s actions were part of the latter’s attempt to secure two U.S. military contracts worth hundreds of millions of dollars each. In April, Judge Trevor N. McFadden issued a memorandum opinion dismissing Roboteam’s case for lack of personal jurisdiction over the two Massachusetts-based companies. The judge also dismissed Anti-SLAPP (strategic lawsuit against public participation) motions filed by Endeavor and Sachem for the same reason. If granted, the motions would have awarded Endeavor and Sachem all legal costs, pursuant to the District of Columbia’s Anti-SLAPP statute, meant to protect defendant’s against intimidation suits.

In recent years, commerce between Israel and China has been on the rise with Chinese investors pouring money into the local tech industry and Israeli exports flowing into China. In the first six months of 2018, Israeli exports to China, excluding Hong Kong, reached $2.8 billion, a 73% increase compared to the same period in 2017, according to data released by Israel’s Central Bureau of Statistics last month. Israel’s technology trade with China is a sensitive issue for the U.S. administration. In 2000, the U.S. prevented a deal that would grant China an advanced Israeli airborne warning system called Phalcon. The cancelation of the deal led to a diplomatic crisis between Israel and China. Four years later the Pentagon attempted to stop Israel from returning several Israeli-made drones which China had sent to Israel for maintenance. In 2005, Israel agreed to a request by the U.S. to enhance its export control mechanisms, to cease all military trade with China, and to submit nonmilitary tech deals with China for review by the U.S. Department of Defense.

1.
Israeli military sales to China
How can the US sell Egypt, Saudi Arabia and other countries technically at war with Israel hundreds of billions of dollars worth of US military equipment yet demand that Israel sell China none at all?