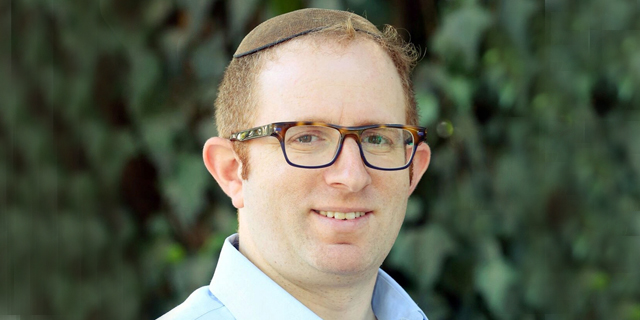 There has been a lot of recent consternation regarding Initial Coin Offerings (ICOs) and their liabilities vis-à-vis their (often naïve) investors. For example, the U.S. Federal Trade Commission (FTC) has warned that investors will lose billions of dollars in cryptocurrency related scams by the end of this year.

Similarly problematic —but on a considerably broader, yet simultaneously individually less onerous scale—are the related issues regarding popular crowdfunding campaigns. While most investors are likely to see real returns in these campaigns—where they tend to on a whole invest less—in rare anecdotal cases, investors have paid out a lot, but received little or nothing in return.

Many jurisdictions are struggling to find an optimal middle ground that protects investors in both crowdfunding campaigns as well as in ICOs without destroying their relatively unstructured and unregulated nature that makes them such popular tools in the pursuit of raising money without giving up too much equity and control. Like ICOs, crowdfunding campaigns can be either reward or utility based (e.g., anything from a thank you letter or a t-shirt to early-bird preferred pricing on the promised product) or more rarely, equity based, meaning that funders receive an actual percentage ownership in the company, like a security. Increasingly, crowdfunding has also been used for raising personal capital, funding lawsuits, or donating to charities or other worthwhile causes where investors often expect nothing in return (other taxonomies exist, but it’s basically the same sort of stuff). For the most part, active government intervention and regulation is limited to the former two types of crowdfunding. Nevertheless, other laws and regulations may play an important part in regulating, albeit often inefficiently, the later types of crowdfunding as well. For example, US charitable crowdfunding campaigns may be regulated by antifraud laws. To wit: Last year an Alabama woman was sentenced to 25 months in jail for fraudulently raising a quarter of a million dollars from friends and family by claiming to have terminal cancer. The judge also ordered her to pay some restitution to those she bilked. More recently, a New Jersey couple is being sued for a campaign that ostensibly raised over 400,000 USD for a homeless man, but was squandered on luxuries by the organizing couple. The New Jersey Attorney General’s Office, which have yet to charge the couple with any criminal wrongdoing, promised only that they will review their office’s practices for these types of campaigns. Further indicative of the lack of interest in actively regulating in this area, is the fact that even the Internal Revenue Service (IRS) has no hard and fast rules as to how monies from these personal fundraising and charity campaigns are to be taxed, with each one effectively judged on a case by case basis. In stark contrast, equity campaigns are the most heavily regulated. For example, the US Securities and Exchange Commission (SEC) has set relatively intricate rules for investing in crowdfunding equity campaigns. Some investors consider these regulations overly onerous: While currently, under Title III of the US JOBS Act, the SEC caps equity crowdfunding campaigns at a little over a million dollars, there have been recent requests to have that substantially increased to a number more in line with European crowdfunding regulations. The most common crowdfunding campaigns, those that reward investors, are currently also not well regulated. While statistically most reward-type crowdfunding campaigns actually deliver on their promises, there is a non-negligible percent of campaigns that leave investors with either a deficient product or no product at all; these are the ones that you read about. In the case of fraudulent reward campaigns, the government has been hesitant to step in, perhaps preferring private contracting by the relevant web platforms to solve the concerns. Until recently there have really only been two highly publicized instances where restitution actions have been taken. In one instance, billed as “the first enforcement action in the nation against a crowdfunded project that didn’t follow through on its promise to backers” the State Attorney General of Washington required a Kickstarter campaign to pay back its investors. In a second instance, the FTC claimed that the entrepreneur had sold the backers of his board game’s data to a third party. In that case the FTC settled, but the wronged funders were never paid back. Last month, the FTC may have finally begun its second public effort: reports indicate that someone from the FTC contacted a number of backers of an ostensibly smart backpack that failed to deliver. iBackpack raised nearly a million dollars over a number of crowdfunding platforms. Things are not looking good for the funders of iBackpack, as the inventor has been incommunicado for at least a year and neither the contact emails or the website still work.

Perhaps the reason there is no active enforcement in these areas is because in most cases investors, who typically invest relatively little and often appreciate the risks associated with backing inexperienced entrepreneurs, want only a mea culpa or some update as to the status of their product. In fact, the FTC catalogues only around 120 complaints over the past half-decade.

Or, perhaps the lack of government regulation relates to the seemingly lack of malicious intent in most crowdsourcing debacles. Reviewing some of the biggest and well-known crowdfunding failures, it seems that many fail because of ineptitude or inexperience by an entrepreneur that is forced to grow too quickly, not outright fraud per se.

1.
Then you should consider airdrops!
ELIX LLC is a USA-based company, which grew from Airdrop (no ICO), and they developed crypto crowdfunding platform. How are they going to regulate that?