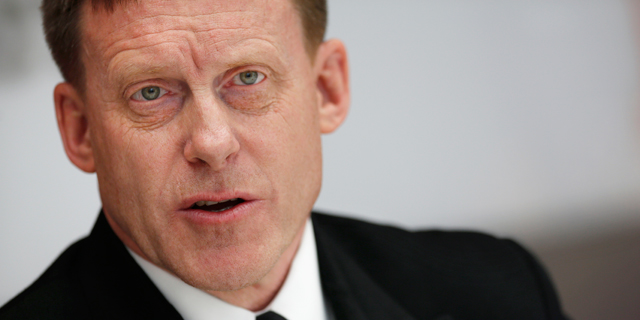 Before taking the helm at the NSA, Rogers headed the U.S. Cyber Command and the Central Security Service (CSS). While in service, Rogers said, he spent most of his time either in Iraq and Afghanistan, or Silicon Valley and Tel Aviv. “I thought these are two key partnerships,” he explained.

Rogers said he saw Israel’s “willingness as a nation to accept the role of government in this world of technology,” as “real positive.” He sees the country’s small size and “can do spirit” as advantages in pushing forward new technologies. “Israel is a key ally to the U.S. and has always been,” Rogers said. Team8 was co-founded in 2014 by Nadav Zafrir, the former chief of Unit 8200, and Israel Grimberg and Liran Grinberg, both officers in the unit. The majority of Team8’s employees have also served there. On Monday, Team8 announced it had closed a second fund, backed by $85 million in committed capital from business heavyweights including Walmart, SoftBank Group International, Singapore's governmental holding company Temasek Holdings (Private) Ltd., Airbus Group SE, Moody’s, and Microsoft.

Last week, the startup founder announced that Singapore's governmental holding company Temasek Holdings (Private) Ltd. has agreed to acquire one of its companies, Tel Aviv-based cyber consulting company Sygnia Inc. Temasek paid $250 million for the Tel Aviv-based company, according to persons familiar with the matter. As a senior advisor, Rogers will work with Team8 to analyze trends in cyber crime and develop new cyber protection procedures and technologies, the foundry said in a statement last week. Rogers will work with existing Team8 portfolio companies and have a role in developing new companies and support the foundry’s U.S. expansion.