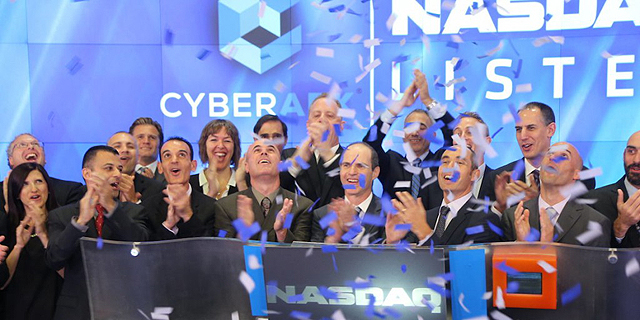 The Information security company closed 5.74% up on Nasdaq on Wednesday after reporting record revenues for the quarter and raising its total revenue outlook for the full year

Information security company CyberArk Software Ltd. has closed 5.74% up on Nasdaq on Wednesday following the publication of its third-quarter reports for 2018 and is currently up as much as 15.76% in pre-market trading.

CyberArk provides digital security services to many of the world’s largest corporations, including accounting firms Deloitte and PwC, and car rental company Budget. The company has headquarters in central Israeli city Petah Tikva, U.S. headquarters in Newton, Massachusetts, and additional offices throughout the Americas, Europe, the Middle East, Africa, Asia Pacific, and Japan.