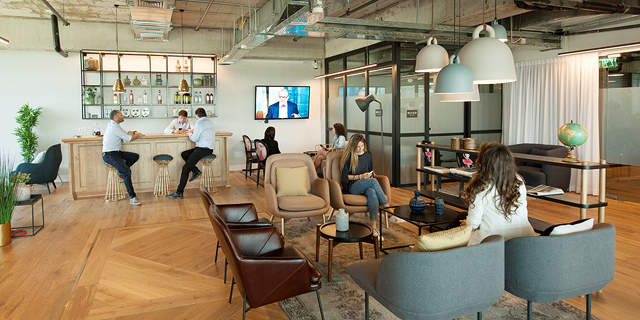 Israeli shared office space company Mixer is set to open a third location. The company rented a 5,000-square-meter space in the coastal town of Herzliya, in central Israel. The location is set to begin operations in May. Mixer, whose corporate name is TLV Lounge Ltd., launched its first coworking location, an upmarket space in Tel Aviv, in late 2016.

Earlier this year, Mixer announced a $40 million funding round, which the company said it will use to expand in Israel and internationally, with two planned locations in New York and one in Berlin. The company now operates two adjacent workspaces in northern Tel Aviv, spanning 5,000 square meters.