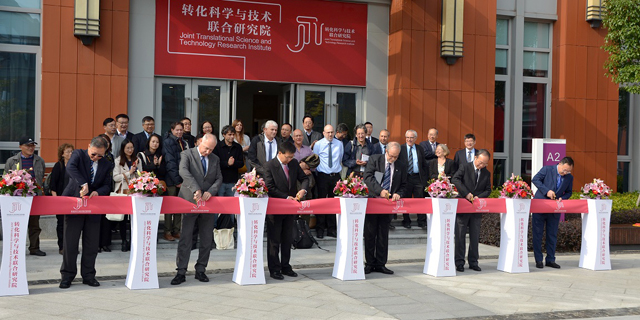 The University of Haifa Launches Joint Campus in Shanghai

Courses offered at the campus will primarily focus on interdisciplinary studies in biomedicine, neuroscience, or environmental sciences

East China Normal University (ECNU), the largest university in Shanghai, and The University of Haifa inaugurated a joint campus in Shanghai on Tuesday. The joint campus will award advanced degrees to students of both institutions and will host lecturers from the two universities. Courses offered at the campus will primarily focus on interdisciplinary studies in biomedicine, neuroscience, or environmental sciences.

The 4500-square-meter campus will be built as part of the Zizhu International Education Park in Shanghai, and will include offices, advanced laboratories, computer classrooms, and seminar rooms. The University of Haifa professors will have access to the campus’ research facilities and to grants from ECNU, and when in China, lecturers will receive their salaries from the Chinese University. 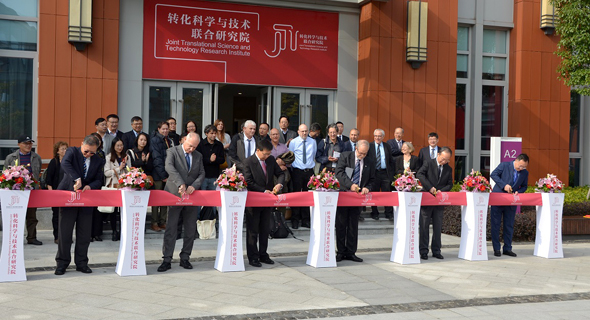 The joint campus in Shanghai. Photo: The University of Haifa

The cooperation with ECNU has the potential to lead to groundbreaking research in the applied sciences, said in a statement Professor Ron Rubin, the president of the University of Haifa. This joint campus is not the first collaboration between Israeli and Chinese research institutions. The Technion Israel Institute of Technology and Shantou University inaugurated a joint venture, the Guangdong-Technion Israel Institute of Technology, last December. Former Israeli president Shimon Peres led the venture’s opening ceremony together with Hong Kong-born entrepreneur Li Ka-Shing.

Additionally, Tel Aviv University launched a $300 million research center with Beijing-based Tsinghua University in 2014. Called XIN, the center is split between both institutions and offers graduate students the opportunity to perform collaborative research in the science and technology fields.