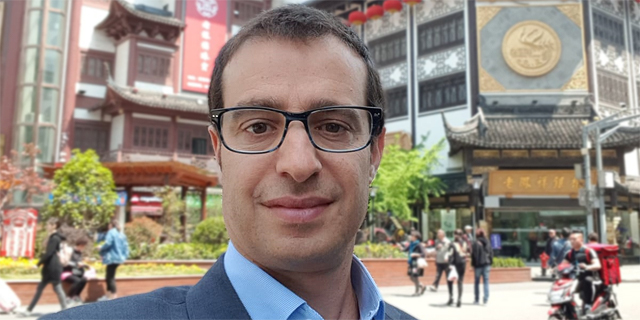 As part of its technological push in the past few years, China-based conglomerate Fosun International Ltd. has set up a group to scout for new strategic investments and acquisitions in the U.S., Africa, and China. Called the New Technology and New Economy Group and based at Fosun’s Shanghai headquarters, the unit employs around 45 people. As of August, the unit also has an on-ground scout in Israel, Israeli venture capitalist, and entrepreneur Danny Hadar.

Fosun Pharma, an independent subsidiary in which Fosun International holds a 40% stake, has been active locally as well. In 2013, it paid $240 million for aesthetic laser company Alma Lasers, which it renamed Sisram Medical Ltd. and floated on the Hong Kong Stock Exchange in 2017. The same year it led a $30 million investment round in clinical stage biotech company MitrAssist Ltd. In 2015, it invested $25 million in medical device company OrNim Medical Ltd.

Hadar was first contacted by Fosun in January. Having previously founded seed-stage venture capital firm Soluna Ventures, and co-founded or sat on the board of several tech and healthcare companies, he fit the position Fosun was looking to fill—someone with inter-domain expertise and familiarity with the local tech ecosystem. In an interview with Calcalist Thursday, Hadar said he mainly looks at startups operating in the sectors of health, finance, insurance and travel.

Fosun has around 40 holding companies under its umbrella, which invest and look for acquisitions independently of the New Technology Group. Investments via the New Technology Group are made in collaboration with Fosun’s business subsidiaries. Subsidiary-backed investment proposals are then reviewed by Fosun’s board of directors. The review process can take around six months, Hadar said.

Companies with an upcoming or existing product looking to break into the Chinese market are a good fit, Hadar said.

Hadar is currently in talks with several Israeli companies and expects the first deals to be finalized by February or March 2019.