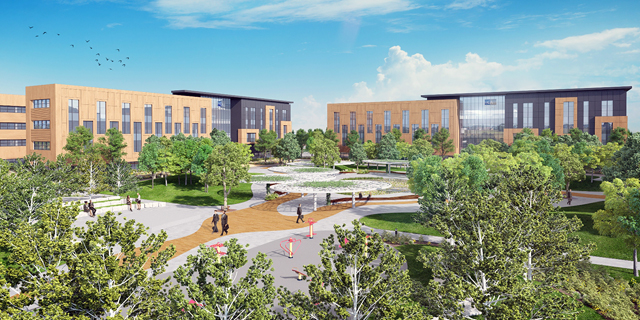 The ten-year lease is estimated at $1.7 million (NIS 6.3 million) per year. China’s Fosun Pharma bought Sisram in 2014 for $240 million, renaming it from Alma Lasers

China’s Fosun Pharmaceutical’s Israel-based subsidiary, cosmetic surgery company Sisram Medical Ltd., has leased an 11,000-square-meter building in Caesarea, an affluent coastal town in central Israel. The ten-year lease for the facility, located within Caesarea's industry and business park, is estimated at $1.7 million (NIS 6.3 million) per year, according to the Caesarea Development Corporation, which manages the park. In 2014, Fosun Pharma paid $240 million for a 95% stake in Sisram, renaming it from Alma Lasers. The company was floated on the Hong Kong Stock Exchange in September 2017, raising $88 million on its public debut. Last month, Sisram Medical completed the first step of acquiring a 60% stake in its Israeli distributor Nova Medical.

A computer simulation of the park. Photo: Trimedia