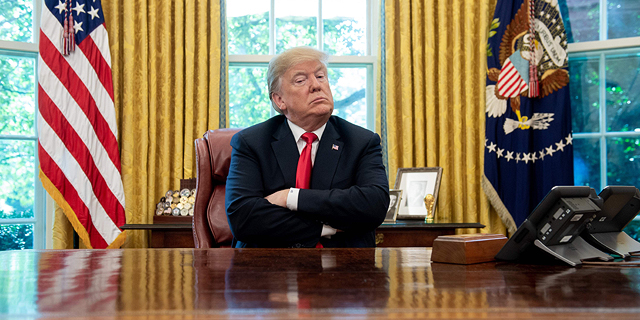 Trump on Syria Withdrawal: Israel Can Defend Itself

U.S. President Donald Trump told reporters Israel is doing very well at defending itself, with the help of $4.5 billion of U.S. support money a year

“I spoke with Prime Minister Benjamin Netanyahu. I told Bibi, you know we give Israel $4.5 billion a year. And they are doing very well at defending themselves," Trump told reporters Wednesday on his way back from a visit to American troops stationed in Iraq.

"I’m the one that moved the embassy to Jerusalem. I was the one who was willing to do that. So that’s the way it is - we are going to take great care of Israel. Israel is going to be good," he added.