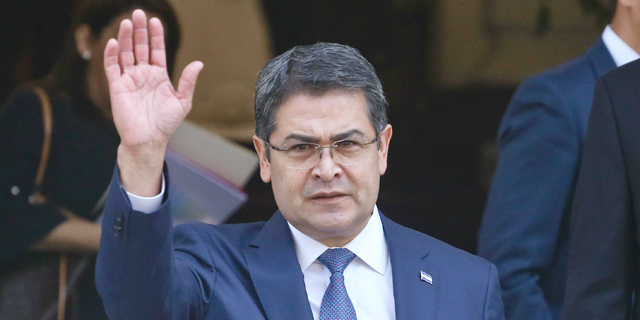 In December 2017, Honduras was one of only nine countries, including Israel and the U.S., to vote against a motion adopted by the U.N. General Assembly condemning U.S. recognition of Jerusalem as Israel’s capital

On the sidelines of the inauguration of Brazilian President Jair Bolsonaro in Brasilia Tuesday, Israeli Prime Minister Benjamin Netanyahu met with U.S. Secretary of State Mike Pompeo and Honduran President Juan Orlando Hernandez. The three discussed advancing the opening of a Honduran embassy in Jerusalem, and the possibility of opening an Israeli embassy in Tegucigalpa, Honduras, according to a statement released by Netanyahu’s office.

Pompeo, Netanyahu, and Hernandez agreed to hold tripartite meetings in each of their respective capitals and “strengthen political relations”, according to a statement by the U.S. Department of State. 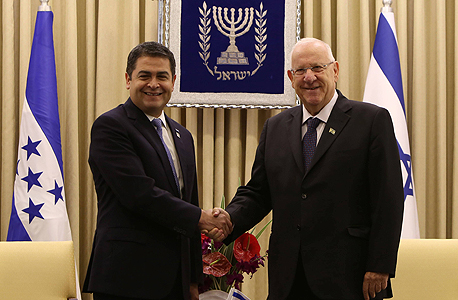 In May, the American embassy relocated from Tel Aviv to East Jerusalem, causing much international criticism.

In December 2017, Honduras was one of only nine countries, including Israel and the U.S., to vote against a motion adopted by the U.N. General Assembly condemning U.S. recognition of Jerusalem as Israel’s capital.

To date, only the U.S. and Guatemala have official embassies in Jerusalem. Paraguay moved its embassy to Jerusalem in June 2017 but reversed its decision three months later.

The Israeli government announced plans last month to build an embassy district in East Jerusalem, which will house nine embassies and include embassy facilities as well as housing for embassy staff.

1.
Honduras and Guatemala
These countries followed the US lead to vote for a Jewish state in 1947, but today they are not in the good graces of president Trump due to the illegal immigration crisis coming from Central America to the US border. I suspect these countries know that Netanyahu has the ear of Trump and that getting in good with Bibi might give him the incentive to put in a good word on their behalf with the US president.