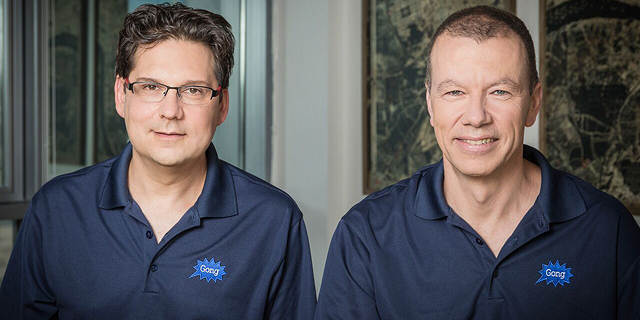 Based in Herzliya, a town in the Tel Aviv area, Gong.io’s technology provides sales representatives with real-time insights into their interactions with customers by analyzing recorded phone calls to track keywords and topics within a conversation.

In December, Gong.io won Calcalist’s and Microsoft’s second annual artificial intelligence and big data startup competition. The award included a visit to Microsoft's Seattle headquarters and an invitation to take part in Calcalist’s 2019 Berlin conference to be held later this month. Gong.io serves around 150 clients including LinkedIn and Pinterest, according to company statements.