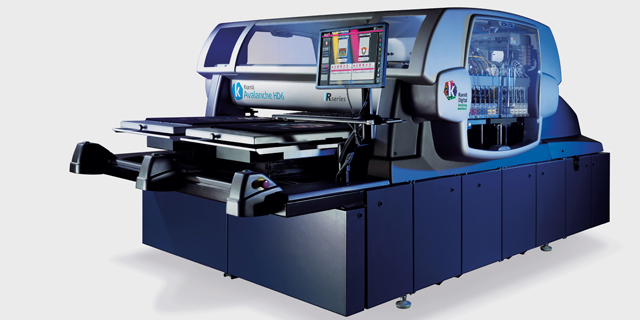 The Nasdaq-listed company reported a 26.2% year-over-year increase in quarterly revenues but fell short of analyst consensus, closing 4.03% down Tuesday

Nasdaq-listed industrial printer company Kornit Digital Ltd. published its fourth quarter and full year results for 2018 Tuesday, reporting a 26.2% year-over-year increase in quarterly revenues to $37.8 million but falling short of the analyst consensus of $38.15 million. The company closed 4.03% down following the announcement. Non-GAAP net income for the fourth quarter of 2018 was $3.0 million, or $0.08 per diluted share, also under analyst forecasts of $0.11.

Founded in 2002 and headquartered in central Israeli town Rosh HaAyin with 430 employees, Kornit manufactures industrial inkjet printers for the garment industry, as well as pigmented ink and related chemical products. One of its main customers is Amazon, which also holds a 7% stake in the company.