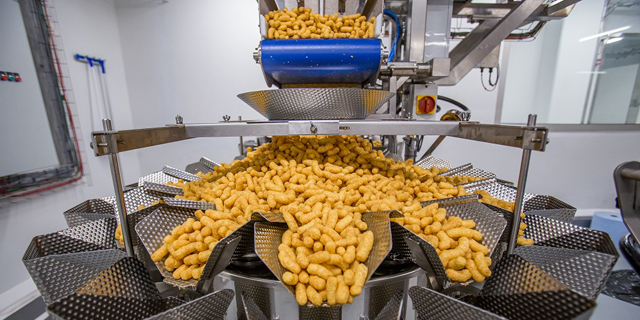 The Israeli food manufacturer has opened a new manufacturing facility for its popular peanut butter-flavored puffed corn snack, Bamba. Introduced in the 1960s, Bamba has become synonymous with Israeli childhood

Israeli food manufacturer Osem Group has opened a new manufacturing facility for its peanut butter-flavored puffed corn snack, Bamba. With the new facility, Osem intends to double the manufacturing capacity of the beloved snack. “Our dream is to see Bamba in every supermarket in the U.S. and in Europe,” Avi Ben Assayag, CEO of Osem, said Tuesday at the inauguration of the new plant. For daily updates, subscribe to our newsletter by clicking here. Generations of Israeli kids grew up eating Bamba, first introduced in the 1960s. The popular snack is considered highly nutritious and is often credited with lowering peanut allergy rates in the country because kids here are exposed to it early on. 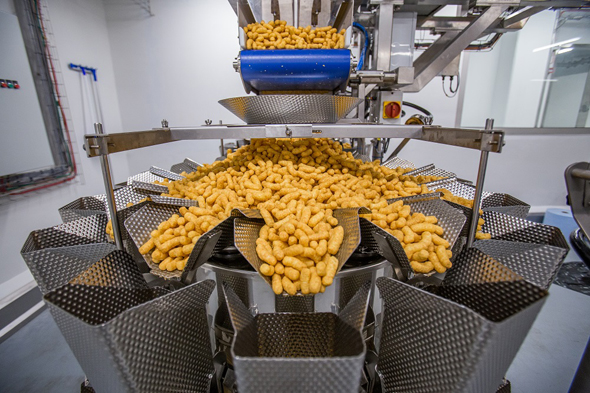 Located in Kiryat Gat, a small town in Israel's south, the new NIS 200 million, 16,000-square-meter facility is set to employ 150 people. Osem is one of Israel’s largest food manufacturers. Founded in 1942, the company built its reputation manufacturing snacks and dry pantry staples before expanding into pickles, ice creams, frozen foods, and prepared middle eastern salads. Osem already exports a variety of foods to Europe and the U.S. through subsidiaries Osem U.K. Ltd. and Osem USA Inc. Osem is a subsidiary of Swiss multinational Nestlé S.A.