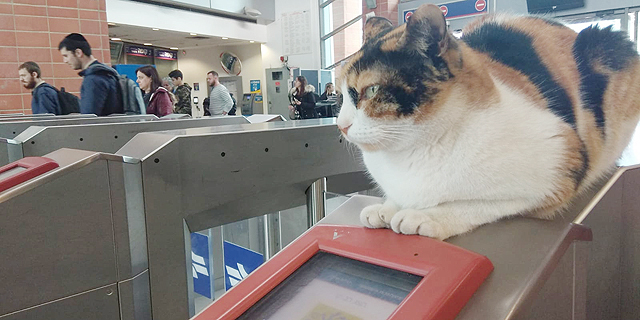 “Mitzi,” a calico cat living at a train station in central Israel, became famous when a video of it “manning” the ticket inspection machine went viral on social media

An Israeli viral cat video star is looking for a new home, Israeli newspaper Yedioth Ahronoth reported Wednesday. “Mitzi,” a female calico cat living at the Kiryat Arye train station in the central Israeli town of Petah Tikva for the past two years, touched fame earlier this month when a video of it “manning” the ticket inspection machine went viral on social media. The video, posted by Dan Kashani, a digital creative director at advertising agency Mccann Tel Aviv, has reached over 6.3 million views and more than 47,000 shares on Facebook to date. According to the report, station workers decided to find the cat a home ahead of extensive planned renovations in the station, fearing the work will disturb its current habitat.