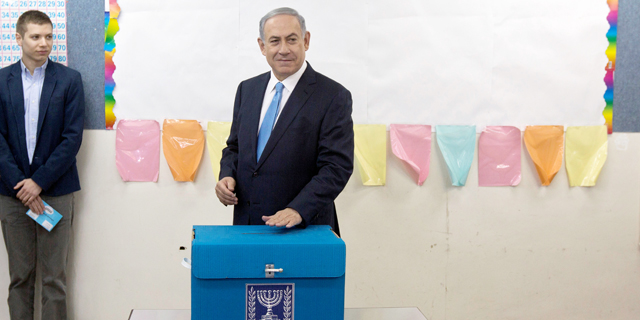 Facebook will only launch its political ad transparency feature in Israel in mid-March, less than a month ahead of the country’s general election scheduled for April 9, Sean Evins, Facebook's government and politics outreach manager for the EMEA region, said in a press conference in Tel Aviv, Tuesday.

The transparency feature will associate political ads with the advertising page and showcase them in an archive that will also include additional information on the campaign, such as target demographics, sums paid, and extent of exposure. In previous statements, the company also said it would prevent users from outside the country from posting political ads.

In other countries, Facebook also used human fact checkers to minimize the spread of fake news, a feature that will not be used in Israel at this time, according to company statements. Facebook’s potential role in affecting election results blew up in March 2018, when The New York Times and The Guardian reported that Cambridge Analytica, a London-headquartered political consulting firm, used data collected by Facebook on some 50 million of its users in order to tip the 2016 U.S. Presidential Election in favor of Donald Trump, using highly precise targeting of ads. Facebook gradually started introducing transparency tools ahead of crucial political campaigns in countries around the world in the aftermath of the Cambridge Analytica scandal. Concerns about the use of social media for meddling in the Israeli election process by forces from within and without the country have been voiced over the past few months by politicians and officials charged with securing the integrity of the election. Israeli election law dates back to the 1950s. While it prohibits propaganda from being distributed anonymously it does not currently apply to online and social media activities.

Last year, Israeli Prime Minister Benjamin Netanyahu halted a vote on a bill that would require all social media publications, likes, and comments that were paid for or solicited by a politician or party, to be marked as such. In January, Netanyahu’s Likud party was the only political faction to oppose a motion urging the election committee to extend existing legal restrictions on propaganda to political social media activity. The committee’s decision on the matter has yet to be declared.