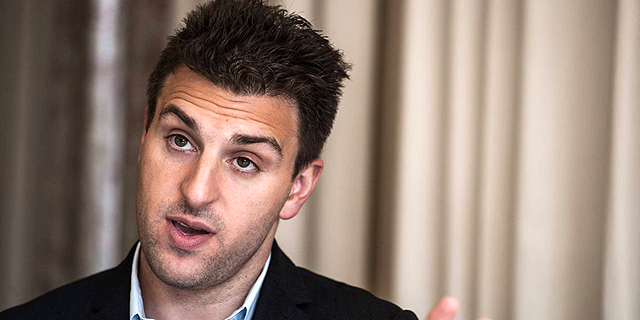 In November, Airbnb announced it will be removing “approximately 200 listings” in Jewish settlements in the West Bank from its service

Following backlash over an announced ban of listings in Israeli settlements, Airbnb highlights the company’s commitment to Israel. “Airbnb has and will continue to have a significant investment in Israel,” a company spokesperson said in an email sent to Calcalist Monday. Over the last five years, Airbnb has invested more than $20 million in its activities in Israel, according to the statement.

In November, Airbnb announced it will be removing “approximately 200 listings” in Jewish settlements in the West Bank from its service. The decision was lauded by Secretary-General of the Palestine Liberation Organization (PLO) Saeb Erekat as an “initial positive step.”

Following the announcement, lawsuits against the company were filed in both the U.S. and Israel. On Friday, Texas Comptroller of Public Accounts Glenn Hegar placed Airbnb on the state’s list of companies which it defines as boycotting Israel.

In December, Airbnb sent a delegation of senior executives headed by the company’s Head of Global Policy and Public Affairs, Chris Lehane, to Israel following pressure by the Israeli government. The delegation met with Israeli Tourism Minister Yariv Levin. A spokesperson for the ministry told Calcalist in a message that at the end of the meeting, a representative of Airbnb said the company’s policy of removing settlement listings will not be implemented in practice. Airbnb has since denied that this is the case.

Airbnb’s announcement of the planned removal of settlement listings came one day before New York-based Human Rights Watch was set to publish a report outlining the company’s activities in the West Bank. The report lists 139 properties in Israeli settlements on Airbnb’s service.

As of Tuesday, properties in Israeli settlements in the West Bank are still listed on the company’s website.

8.
boycott the antisemitic organisation called airbnb
Airbnb is not only bad when it comes to get some good accommodation in different countries but it is a racist company like BSD .They probably cooperate. They stop their activities in Judea and Samaria because they claim that these parts of Israel (actually heart of Israel) should be arabo muslim. They do everything to mask their antisemitism, but cooperate with BDS and other antisemitic organisations. All freedom loving and non racist peopel should boycott airbnb
7.
Scandalous Policy
This policy is totally scandalous and doesn't make any sense whatsoever. Based on that "logic" a number of territories across the world would have to be excluded from AirBnB. These guys have no clue what they're doing and are simply caving in to pressure from some useful and ill-informed idiots.
6.
Speechless
I say take your money and fuck off. We don't need this bullshit company here. We are not interested in how many porperties will be removed. We are pissed that it will happen at all.
5.
Only Jewish Settlements, not all West Bank listings?
But in the Crimea, did Airbnb take sides? How about Georgia’s separatist republic of Abkhazia and breakaway republic South Ossetia? Only one set of listings, or all listings? Only in the West Bank is one side of the dispute removed?
4.
AIrBnB are anti-semitic, fact.
They're targeting people based on being Jewish. Arab homes are not being banned in the west bank, just Jewish ones. Targeting Jews and only Jews seems racist to me. Airbnb can spin it anyway they like, but they are discriminating against an ethnic and religious group, and as such I will never use them.
All Comments