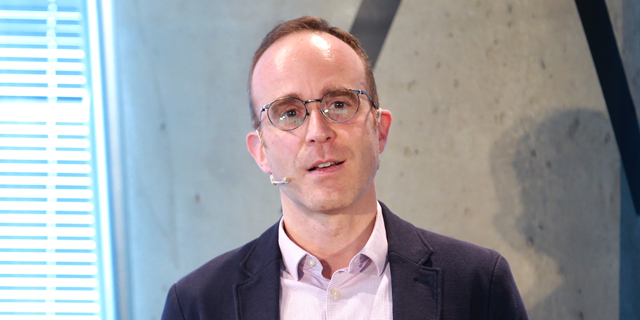 Didier Toubia, co-founder and CEO of Aleph Farms, says the company is two years away from reaching the perfect lab-grown steak

Israeli lab beef company Aleph Farms Ltd. has set a goal—to disrupt the way we buy and eat meat. The deadline for this goal, according to Aleph Farms co-founder and CEO Didier Toubia, is five years from now. Toubia expects that Aleph Farms will complete the development of its lab-grown steaks in two years, he said Tuesday. "Already today, our product is very similar to what we are aiming at,” he said. 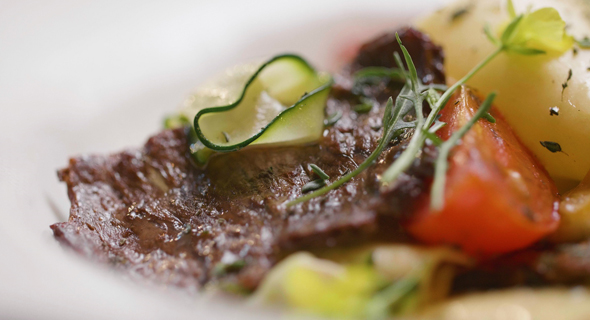 Founded in 2017, Aleph Farms works to grow different types of beef cells, such as muscle, fat, and blood vessel cells, to recreate in the lab the structure and feel of a conventional cut of meat. The company was founded by food-tech incubator The Kitchen, a part of the Israeli food processing company the Strauss Group Ltd., in collaboration with the Technion – Israel Institute of Technology. Aleph Farms grows the cells in biological “farms,” using a technique which Toubia said is similar to the way yogurt is produced.

The steaks Aleph Farms intends to produce will be fully sustainable, a necessary solution if we want to keep the growing population fed, Toubia said. “The idea to lab-grow edible animal parts is not new, but up until a few years ago it was science fiction,” he said.

In December, Aleph Farms unveiled a minute steak grown from single cells—the world’s first, according to the company.