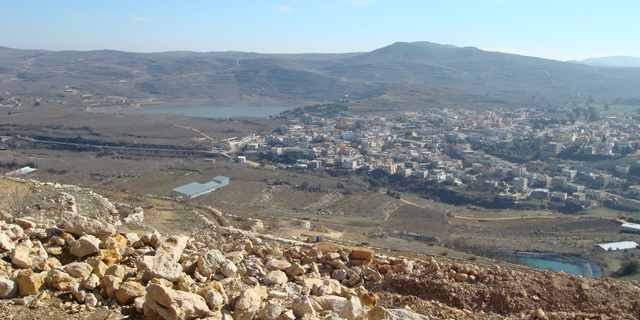 The Golan Heights were captured by Israel from Syria in 1967 and were annexed by Israel in 1981. Graham acknowledged that “this territory was taken by military force”

stated that upon returning to the U.S., he will “start an effort to recognize the Golan as part of the State of Israel now and forever.”

For daily updates, subscribe to our newsletter by clicking here. The Golan Heights were captured by Israel from Syria in 1967 and were annexed by Israel in 1981. Graham acknowledged that “this territory was taken by military force”.

Syrian pro-government news outlet Al Masdar reported that in the past week, Faisal Mikdad, Syrian Deputy Foreign Minister, told the head of the United Nations Truce Supervision Organization that Syria will up its aggression against Israel if the U.S. recognizes Israeli sovereignty over the occupied territory.

Graham said the Golan is of strategic importance to Israel and by extension, the United States.

What’s best for America is a safe, secure, and prosperous #Israel. https://t.co/68jt1kZabX

With the proposal of Cruz and Cotton’s bill, and Graham’s statement, Netanyahu’s campaign for re-election next month scored a photo-opp sized victory. Last week, Netanyahu’s preeminent challenger Benny Gantz visited the Golan Heights and vowed that the area “will remain under Israeli sovereignty.”