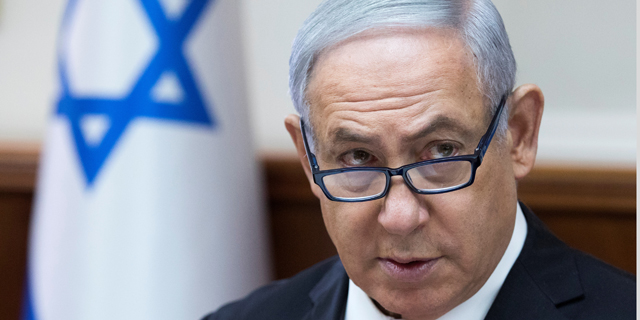 Over the past week, Facebook's policy team has been in touch with Likud campaign managers over the use of a Netanyahu chatbot asking users about their voting intentions ahead of Israel’s general elections

A Facebook team is in discussions with Israeli Prime Minister Benjamin Netanyahu’s ruling Likud party over the use of a Netanyahu chatbot that asks users about their voting intentions for the upcoming general elections to be held April 9.

The chatbot pops up on Netanyahu’s popular Facebook page, addressing users as the Israeli leader in person.

On Monday, Israeli Channel 12 reported Facebook approached the party with a demand to halt its data collection operation by using the chatbot. Over the past week, Facebook's policy team has been in touch with Likud’s campaign managers to discuss the way the bot is used, a Facebook spokeswoman said in a message sent to Calcalist Tuesday.

The use of bots does not constitute a violation of company policies, Facebook’s spokeswoman said. The team is in discussions with the Likud digital campaign managers to “better specify the operation” of the bot, she said in a Hebrew-language text message. Asked if the company approached any other Israeli parties regarding the use of chatbots, the company spokeswoman declined to comment. On Friday, Facebook launched its political advertisement transparency tool in Israel, less than a month ahead of the upcoming elections.