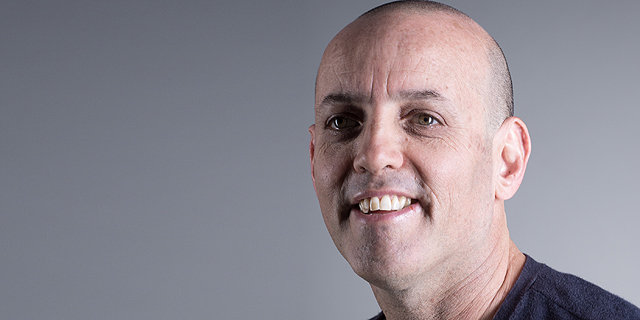 While the public markets have been less than enamored with marketing technology companies, others have been more enthusiastic

Over the last fifteen years, one of the most successful technology segments for Israeli tech entrepreneurs has been the advertising technology industry, better known as “adtech”, or, more recently, “martech”—marketing technology, which includes the additional marketing functionality beyond advertising that is now being addressed by technology companies.

Fast development and relatively short sales cycles enable a few people working out of an apartment to start generating revenues quickly. Furthermore, because they’re in the business-to-business market segment, marketing technology companies can succeed with a relatively small marketing budget.

Led by a range of companies in the early and mid-2000s, including Dapper Ltd., Gigya Inc., Kontera Technologies Ltd., Oridian Inc., and Quigo Technologies Inc., these companies paved the way for the local industry. Some of these early leaders went on to found additional martech companies, like Quigo founder Yaron Galai, who established Outbrain, and Oridian founder Meir ‘Iri’ Zohar, who went on to found eXelate, which was later sold to Nielsen Holdings. The result is a network of Israelis around the world with connections to all leading marketers, technology platforms, and ad agencies. But despite the success of Israeli martech companies, the global martech industry as a whole has been challenged on two fronts—venture capital and the financial markets. Several local players have criticized the martech industry because of the challenges in generating returns via initial public offerings (IPOs). In that respect, they’re right. The vast majority of martech companies have not succeeded in the public markets. The only recent exception being The Trade Desk, an American company. But should public market performance be the main criterion by which companies are judged? While the public markets have been less than enamored with marketing technology companies, others have been more enthusiastic. “We invested a little over $200 million in the quarter to acquire nine companies to bolster our skills and capabilities in the strategic, high growth areas of our business,” said David Rowland, recently promoted from chief financial officer to interim CEO at top-ranked digital agency network Accenture Interactive, during the company’s December earnings call for the first quarter of fiscal 2019. “And we continue to expect to invest up to $1.5 billion in acquisitions during fiscal 2019.” Though Accenture Interactive hasn’t acquired any Israeli marketing technology companies, companies like Accenture Interactive and IBM IX are a potential exit opportunity for Israeli technology. In addition to digital agencies, another exit opportunity for Israeli martech startups are the leading digital technology companies who are looking to centralize activities for marketers. Historically, marketers had a few channels to manage, but this changed with the growth of digital and social media channels and the resulting touchpoints and data. As a consequence, leading technology vendors began creating marketing hubs or stacks to manage and act on the data, and to enable marketers to optimize their cross-channel campaigns as part of their customers’ journey. In the last few years, companies like Adobe, Salesforce, and Oracle as well as IBM, Nielsen, and SAP have been building and acquiring technology to service marketers, and quite a few Israeli martech companies have benefited from this trend. Last summer, Salesforce acquired Datorama for $800 million dollars, and in 2017, SAP acquired Gigya for $350 million dollars. Other notable exits include Nielsen’s acquisition of eXelate Media Ltd. for $200 million in 2015, followed by its acquisition of vBrand; Oracle’s acquisition of Crosswise Ltd. in 2016; Marketo’s acquisition of Insightera Ltd. (Marketo was later acquired by Adobe); and Salesforce’s earlier Israeli acquisitions—Implisit Insights Ltd. and BlueTail Ltd. Facebook, Google, and other technology platforms have acquired marketing technology companies, Facebook leading the pack with five acquisitions: Snaptu Ltd., Face.com, Onavo, Pebbles Interfaces, and RedKix Inc. Those critical of investments in martech startups say that improvements to the ad targeting algorithms have an upper limit. This is probably true, but there are many more areas of marketing that can be improved by technology, like the management of channels, creative and data, legal enforcement of data and privacy regulations—the list is practically endless. The fact that according to Gartner, chief marketing officers are spending more on technology than chief information officers says it all. In 2001, I was the product marketing manager at a small customer service chat tech company called HumanClick, which had raised $2 million in venture capital funding before being sold within 18 months to LivePerson for $9 million, becoming their research and development center as well as a regional hub. It was a nice exit, but not on anyone’s greatest exit list. Today, with LivePerson having nearly 500 employees in Israel (according to LinkedIn) and a strong presence in the tech community, it survived the test of time and would be considered a strong exit. Though it’s important that venture capital players look at the potential for return as a criterion for investing, the size of that exit shouldn’t be the only factor. It’s great when it happens, but most companies don’t achieve billion dollar exits. Israeli entrepreneurs are good at scaling quickly and inexpensively. It’s time to celebrate those $30 million and $50 million exits, which are significantly more realistic, and to invest prudently in martech companies in order to empower the next generation of Israeli exits.

Disclosure: the author previously handled PR for a number of the companies mentioned above, including Kontera, Oridian, Quigo, Crosswise, eXelate, and Datorama.