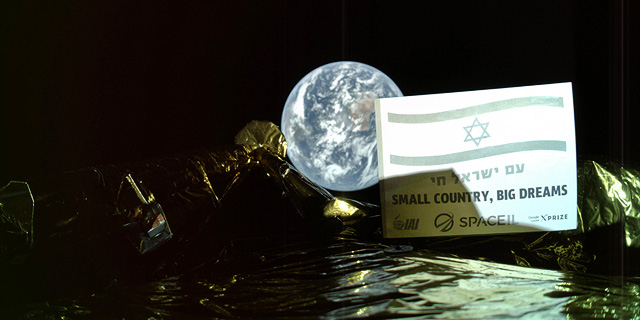 Israeli spacecraft Beresheet is gearing up to enter the moon’s orbit by performing lunar capture on Thursday, 5:15 p.m. Israel time. Unlike previous maneuvers intended to accelerate Beresheet to increase its distance from earth, the upcoming maneuver is intended to help slow down the craft from 8,500 kilometers per hour to 7,500 km/h so that it can be captured by the moon’s gravity.

Beresheet was developed by Israeli nonprofit organization SpaceIL, in partnership with Israeli state-owned defense contractor Israel Aerospace Industries Ltd. (IAI). The craft was launched in February on the back of a SpaceX rocket, and has since been orbiting earth, sending photographs and even a selfie back to its operators. It has since traveled 5.5 million km and is set to travel 1 million more.

If lunar capture is successful, Beresheet is scheduled to land on a lunar plane called Mare Serenitatis, or Sea of Serenity, on April 11, after orbiting it at distances of up to 10,000 km. While the first orbits will last 14 hours, the last ones before landing will be as short as two hours as the spacecraft draws closer.

If Beresheet does not manage to slow its speed for lunar capture, however, it risks exiting earth’s gravity without entering the moon’s, which will send it on a different—and unwanted—solar system orbit.