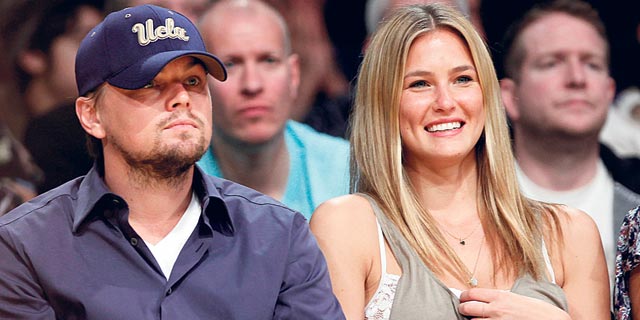 Israeli Supermodel Bar Refaeli’s Tax Struggles Are Long From Over

An Israeli court recently ruled the model will have to pay evaded taxes for an income of $4.5 million, but Refaeli still has to contend with the Israeli tax authority on two more fronts, including possible criminal charges

Earlier this month, the Israeli district court in Lod ruled that Israeli supermodel Bar Refaeli will have to pay evaded taxes for an income of NIS 16 million ($4.45 million) made in the years 2009 and 2010, a decision Refaeli’s legal representation already announced it will be appealing. No matter how this will turn out, the model still has to contend with the Israeli tax authority on two additional fronts.

The matter in question is Refaeli’s residency status in the years 2007-2014. Following an investigation that started in 2015, the tax authority ruled that Refaeli deliberately and falsely reported residency outside of Israel during that period in order to avoid paying taxes, while in fact the center of her life was in Israel despite her international career and her relationship with actor Leonardo Dicaprio for some of those years.

Next up is the issue of Refaeli’s income of NIS 7 million ($1.95 million) in the years 2011-2012, for which the authority is also demanding Refaeli pay taxes retroactively. A more serious matter is criminal procedures currently in progress against Refaeli and both her parents. In January, the Tel Aviv district attorney decided to indict all three, pending a hearing, for multiple tax offenses including tax evasion, while Refaeli’s mother Zipi is also on the line for alleged money laundering. In her upcoming appeal Refaeli will be represented by Pinhas Rubin of Gornitzky and Co. While no new evidence can be filed in an appeal to the Supreme Court, Refaeli’s representation will attempt to convince the court to consider existing evidence in a different way, particularly regarding the model’s seven-year relationship with Dicaprio, which she unsuccessfully claimed constituted a “family cell” since they were living together for some of that time. Refaeli’s legal representation, advocates Moshe Mizrahi and Udi Barzilai, told Calcalist that at the end of 2009 Refaeli and the Israeli tax authority reached an agreement that the model would be considered a non-Israeli resident since 2007, they said, and accordingly, Refaeli reported being a non-resident for 2009 and 2010. The final decision in the appeal is expected to affect the ruling concerning the two other issues. In civil court, the onus is on the person appealing the ruling, but in criminal procedures, the onus is on the state to prove guilt beyond reasonable doubt, meaning that while a win in civil court could help Refaeli’s criminal case a civil loss will not necessarily predict a criminal indictment.