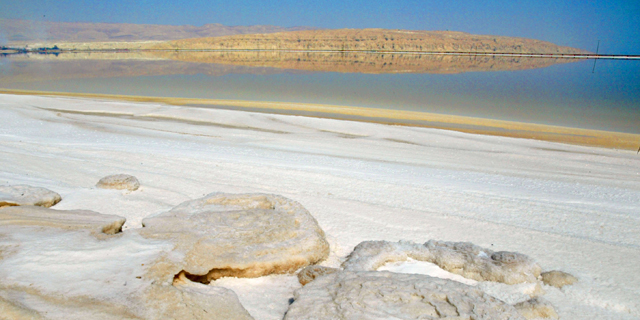 ICL, which holds the mining rights to the Dead Sea until 2030, is one of the largest potash suppliers in the world

Chemical company Israel Chemicals Ltd. (ICL) has paid the state of Israel an additional NIS 250 million (around $70 million) in Dead Sea mining rights royalties, following an arbitration process that has been going on since 2011, ICL announced Monday in a filing to the Tel Aviv Stock Exchange. Overall, ICL has paid the state $1.3 billion dollars in royalties for the years 2000-2017, with $300 million (NIS 1.085 billion) of the sum attributed to the arbitration process.

In its filing, ICL stated the final ruling was given on Sunday, and that as a result, the company will book an additional provision of $11 million, after tax, in its financial reports for the first quarter of 2019.

Israel has been mining potash in the Dead Sea since1952 through a state-owned company called Dead Sea Works, which received mining rights until 2030. ICL was formed by the Israeli government in 1968 through the merger of several chemical manufacturers in the country, including Dead Sea Works, and privatized in 1997. The company is currently one of the largest potash suppliers in the world. ICL started paying additional royalties in 2014, after the arbitrators agreed that the company was the only entity with all the relevant data and therefore will be the one to calculate the final sum. The newly announced NIS 250 million is the result of a disagreement between the company and the state regarding ICL's figures and the various expenses the company decided to include in its calculations. While the matter has been laid to rest for now, the issue of the Dead Sea mining royalties is expected to rear its head again when ICL's concession ends in 2030.